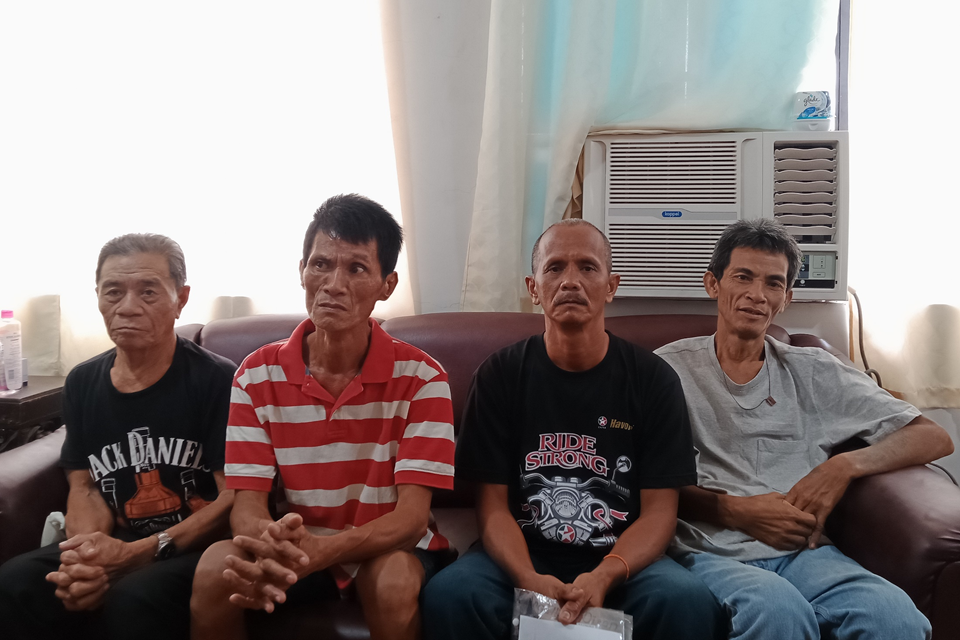 According to Bohol Provincial Police Office (BPPO) director Colonel James Cabal, those who surrendered will be turned over to the Criminal Investigation and Detection Group for processing and later to the Bureau of Corrections.

All five men first presented themselves to police stations in their respective municipalities before they were transferred to the BPPO headquarters at Camp Francisco Dagohoy in Tagbilaran City.

Cabal said that they are still gathering data to determine if there are still other Bohol residents who were convicted of heinous crimes and released through the GCTA.

“Ang standing order ng ating Presidente is to really account them and bring them back to BUCOR,” he said.

“For their own safety, dahil may standing order ang President to re-account them mas mabuti kung they surrender to the nearest police station at rest assured their safety will be taken cared of,” he added. (R. Tutas)