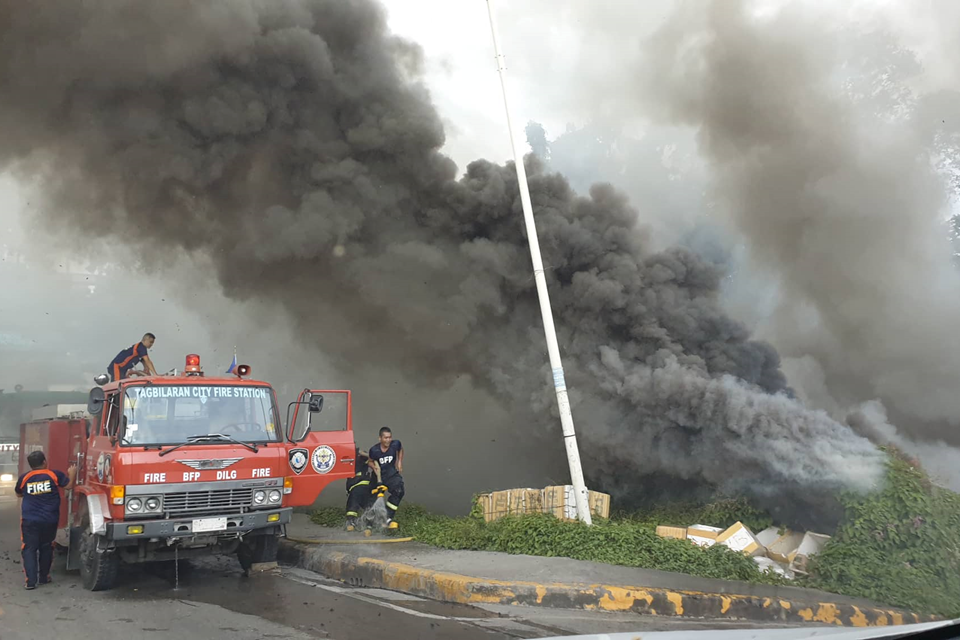 A rubbish fire which erupted in the heart of Tagbilaran City’s so-called heritage district in Sitio Ubos was put out in time before it could reach an almost two centuries-old structure.

The fire, which was believed to have been caused by children who extracted honey and burned materials to blow smoke to a hive to avoid bee stinging and swarming, broke out at an empty lot beside the old warehouse of Casa Rocha which was erected in the early 1800s.

According to Calonia, they were alerted at 2:58 p.m. on Thursday and were able to declare fire out at 3:16 p.m.

No one was injured due to the fire.

Calonia said that the fire emitted dark and thick smoke as the flames burned Styrofoam boxes and used tires.

The blaze was not immediately noticed as it was believed to have started beneath the pile of old tires.

According to Calonia, they did not declare any damage caused by the fire as nothing “valuable” was affected by the blaze.