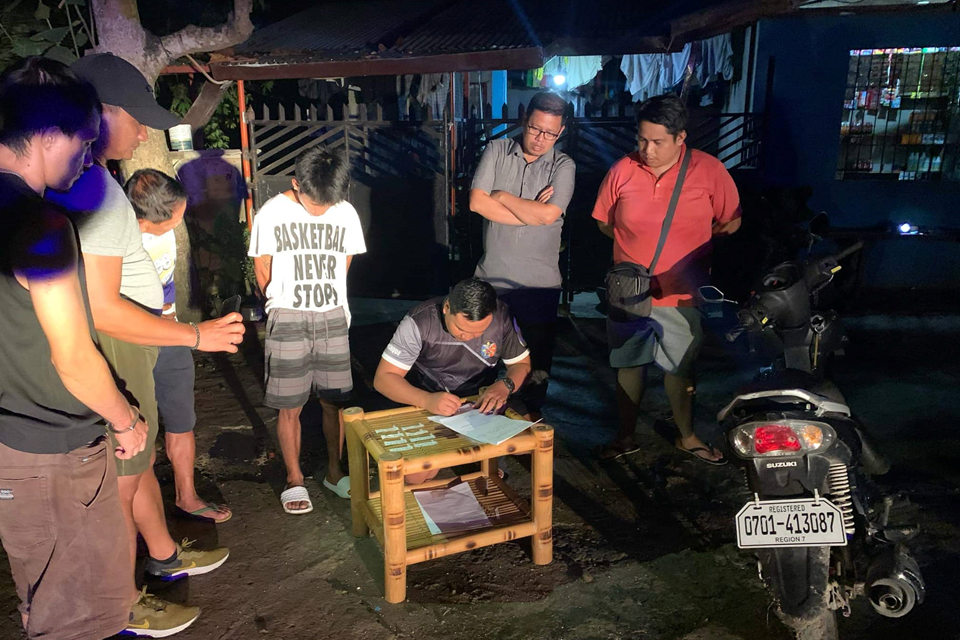 Two alleged drug users-turned-dealers were arrested in a drug buy-bust operation in Dauis on Thursday night.

The suspects, identified as John Paul Ugay, 30, and Mark Ygot, 26, both of Barangay Poblacion, Dauis were caught in possession of suspected shabu worth P46,920 during the operation, said Captain Robert Lucernas, chief of the Dauis Police Station.

According to Lucernas, Ygot, who was a newly identified drug personality prior to the arrest, and Ugay have only ventured into the illegal drug trade less than a year ago.

Ugay and Ygot were drug users who started to peddle the illegal substance to support their vice, Lucernas said.

Both men who were tagged as municipal street-level drug pushers were immediately arrested after they allegedly sold shabu worth P500 to a poseur-buyer during the sting operation in Barangay Totolan at past 10 p.m.

Police then found 6.8 grams more of suspected shabu in their possession. The seized drugs were estimated to be worth P46,920 based on the value set by the Dangerous Drugs Board.

They will be charged with possession and sale of illegal drugs on Monday next week. (A. Doydora)