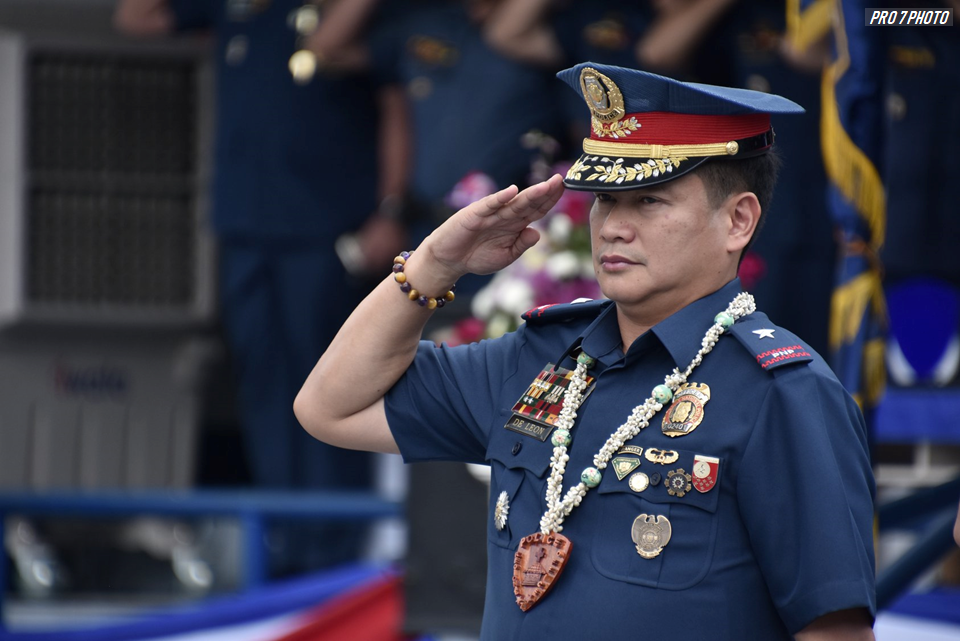 De Leon is scheduled to arrive at 10 a.m. and set to be accorded arrival honors at the Bohol Provincial Police Office (BPPO) headquarters in Camp Francisco Dagohoy, Tagbilaran City.

The new top cop of the region who will be accompanied by his command staff is expected to pay a courtesy call on Governor Arthur Yap at the Governor’s Mansion.

He will also lead the opening of the 45-day Investigation Officers’ Basic Course for police officials and investigators from Cebu, Bohol, Negros Oriental and Siquijor.

De Leon officially took over as the region’s highest-ranking police official on October 17 through a turnover ceremony at the PRO 7 headquarters in Camp Sergio Osmeña, Cebu City.

Like those before him, De Leon vowed to maintain, if not intensify the crackdown on illegal drugs in the region.

De Leon replaced Brig. Gen. Debold Sinas who was promoted as the director of the National Capital Region Police Office after serving as PRO 7 chief for 16 months.

In a previous press briefing, De Leon acknowledged the accomplishments of the PRO 7 under Sinas, saying that he will maintain the programs instituted by his predecessor but will add a few ones that complement his leadership style. (rt)