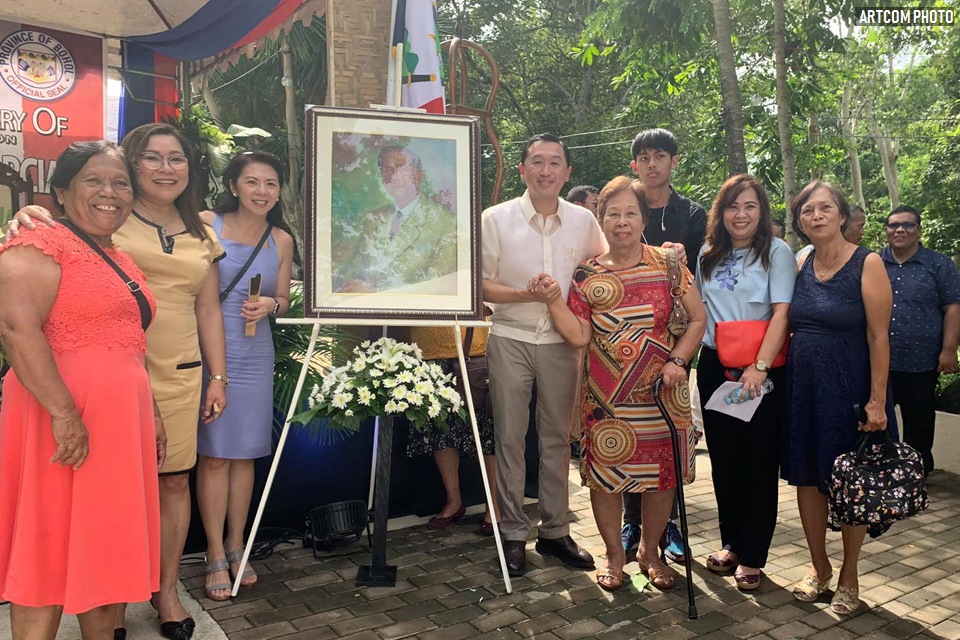 The provincial government during the commemoration of President Carlos P. Garcia’s 123rd birth anniversary on Monday recognized exemplary Boholanos who espoused a “Bol-anon first” mentality, a wordplay on the late President’s once vaunted “Filipino First” policy which defined his administration.

Governor Arthur Yap who led the ceremonies at the CPG Park in Tagbilaran City acknowledged men and women who have made significant contributions through charity work and those who excelled in their respective fields of endeavor including business, tourism, health, environmental protection, culture, arts and sports.

“Many of the people you see around you are going beyond their call of duty, offering their time and resources and talents to put the Bol-anon first just like the way Carlos P. Garcia wanted us,” said Yap.

Among those singled out by the governor were Dr. Esterlita Lim and Dr. Em-Em Uy who organized various medical missions across the province including in far-flung villages and established the volunteer-run mental health center PAGPAKABUHI (Paghatag og Pagtagad sa Kabililhon sa Kinabuhi), respectively.

Joven Uy of the Tzu Foundation and Fancy Baluyot of Gift of Life, known pillars of charitable projects in the province, were also recognized by the provincial government.

In the field of sports, Yap noted the exploits of 16-year-old weightlifter Vanessa Sarno who won two gold medals and a silver medal during the 2019 Asian Youth and Junior Weightlifting Championships in North Korea.

Others honored by the provincial government for their achievements are the following:

Meanwhile, the entire Bohol Weightlifting Team which bagged multiple medals during the Philippine Sports Commission’s Batang Pinoy 2019 National Championship were given plaques of recognition and Nike shoes during the ceremonies.

They were coached by Nicolas and Liza Jaluag.

“They, like the others, are putting the Bol-anon first, so here, as a small token, let us show them that we are putting them first,” said Yap. (R. Tutas)