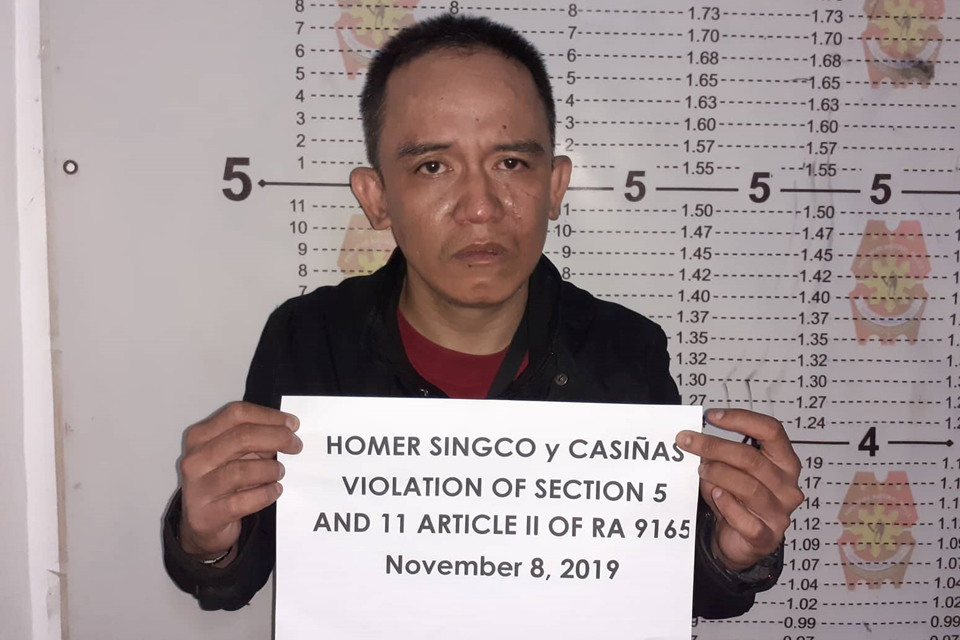 A veterinarian deemed by the police as a high-value target in their anti-drug campaign was arrested in Tagbilaran City at dawn on Friday.

Singco was allegedly caught in possession of shabu worth P27,200 during a buy-bust operation along CPG North Avenue near his veterinary clinic.

According to Boyles, police intelligence officers placed Singco under surveillance for about four months but he remained elusive.

Singco reportedly used his car and was overly cautious when selling shabu.

Authorities including barangay officials tried to urge him to surrender through Oplan Tokhang but he had not been cooperative.

However, Singco only admitted to using shabu as he denied that he sold the illegal substance.

He also did not divulge the identity of his drug source, police added.

Singco is now detained at the Tagbilaran City lock-up jail and is set to be charged with violations against Section 5 and Section 11 of Republic Act 9165, otherwise known as the Comprehensive Dangerous Drugs Act of 2002. (WM)