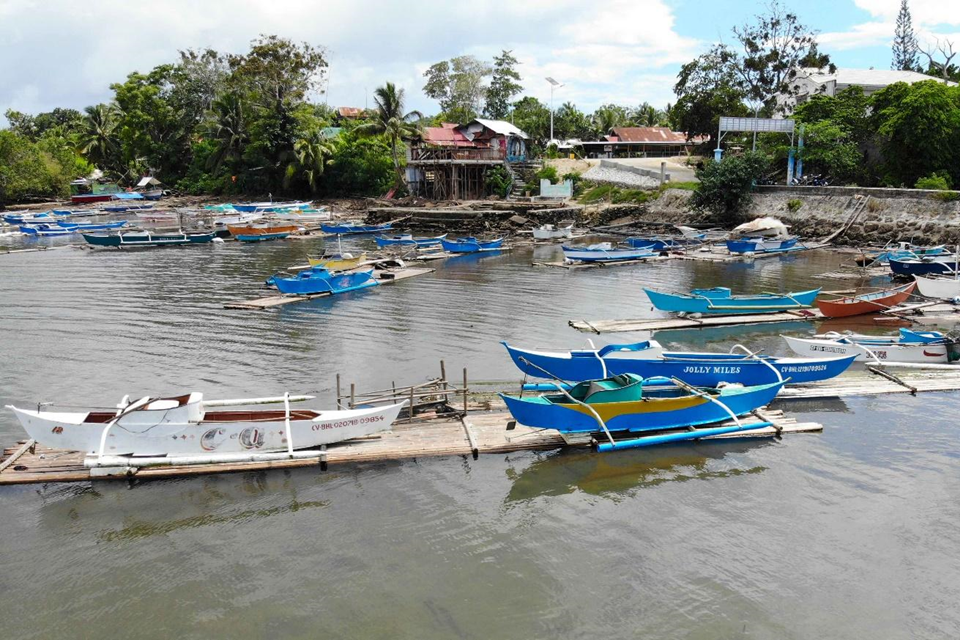 On the northern edge of Tagbilaran, deep in the mouth of the Maribojoc Bay, is the Manga district known for a fine fish port and generations of craftsmen, including the famous Manga boat makers.

Comprised of about ten families, most are located along Jumamil Street which ends at the pier and allows the finished boats to be rolled directly to the water when completed.  One of the principal Manga boat makers is Victor Belano, who with his wife Marilyn and a few nephews and other relatives make some of the finest boats in the Visayas. Victor, like many of the others, has been making boats since he was a child.  He learned to make boats from his father, Quireno Belano, who in turn learned wood crafting skills from the Manga boat makers before him and his grandfather Fortunato, who lived to be 114.  All of Victor’s five brothers make boats. His cousins make boats.  His nephews make boats.  If you want to go out to sea and come back, you want to go out in a boat that has Belano craft heritage.

Classic construction begins with laying the flat keel, followed by cutting mahogany framing to line the flat keel and build out the ribs of a traditional sakayan.  There is no pattern at the pieces that are cut by hand and guided by eye and history.  No two boats are identical, but each is built with care and quality.  The flat keel and sidewalls are made of trusted Santa Rosa marine plywood sealed in protective paint with designs selected by clients.  A durable feature on Manga boats is an extra heavy piece of solid mahogany to form the forward prow and keel to guard against any inadvertent impacts.

It takes about two weeks from laying the first keel board to launch of a 5-meter standard size sakayan, which makes up the vast body of the orders for the area.  Victor Belano also builds working pump boats as large as 24 meters which require a team of three builders working for two months.  With time intensive craftsmanship, a craftsman like Victor sends maybe fewer than thirty new boats to the water each year.

Scattered about the grounds of the building yard are the classic tools of generations with one of the few concessions to modern technology being a power sander gifted by a customer. Stacks of scorched flame-bent bamboo from Jetafe, some pieces well over 10 meters long, stand by ready for assembly as outriggers. There is also a notable inventory of plywood and uncut boards with the families often working together cooperatively exchanging materials as needed. While Victor is one of the main builders, the families work together sharing materials and helping each other finish boats depending on who may have more orders in any month.

Off to one side, there is a second concession to modernity as one of Victor’s family sands what otherwise looks to be a classic 5-meter boat, except instead of the traditional Santa Rosa plywood the boat is being made of fiberglass panels lending the durability of modern materials to the generations-old proven classic fishing design.  Modern materials double the costs of a boat but extend the life of the boat several fold, often to the point that it will outlast the purchaser.

When the body of the boat is complete the final touches for the cabin and engine mount are added and a series of pako, or planning wings are joined to the bottom to both reinforce the hull and increase speed and efficiency.

Lusad, or the launch of a boat is a special event.  There are a number of blessings and rituals.  A chicken may be common to bleed a new motorbike or a car, however the boat is often blooded with an amphibious duck to protect the occupants with application to the keel, engine and prow. There are also certain plants used with incense.  Calendar dates of first launch with the number eight are often preferred, August 8 being particularly popular.  But sometimes owners prefer dates with a three or five, or a date with a personal significance.  Going to sea is a dangerous profession and the fisherman understandably reach for all the luck available for both a good catch and safe return.

Many of the Manga boats, including Belano boats come with a lifetime warrantee with respect to labor.  Victor Belano may not be able to cover the costs of materials, but if one of his boats needs repair he welcomes customers to bring it back and he will fully restore it making sure that it is seaworthy and safe again as his customers are often friends and even relatives.

When a man makes a boat to take a brother or son to sea and return with a catch to feed his family, he makes it with special care.  The customers who buy Manga boats are considered a part of the family and this is reflected in the care of every boat sold, each a treasure of Boholano craft.