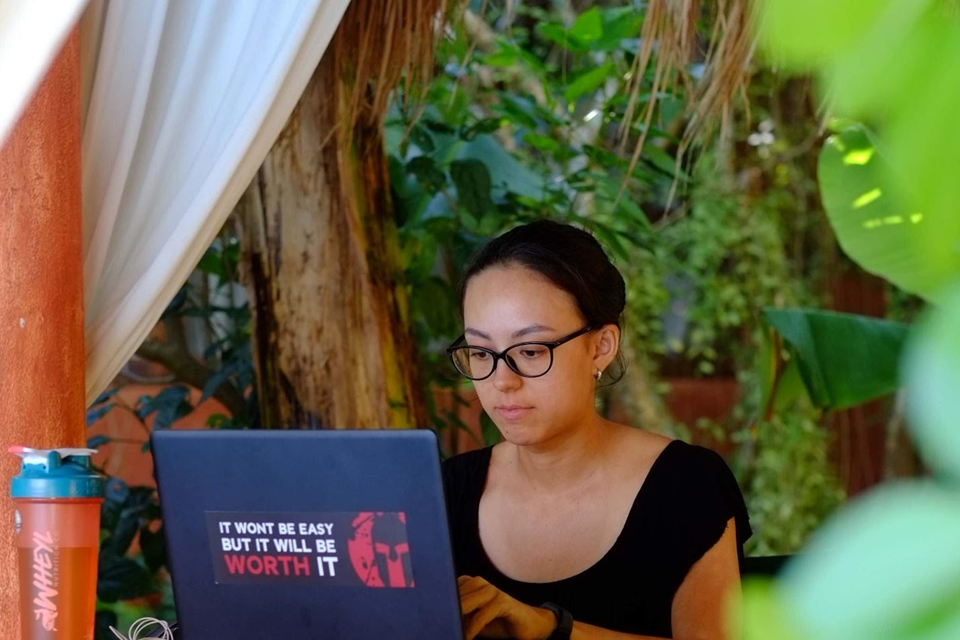 “Oh she was very chubby… and spoiled.”  Those words from Andy Buhler about his sister might seem as a shock if you could not see his face as he uttered them or did not fully understand the relationship between Andy and his more prominent younger sister Diana.  But if 2019 SEA Games gold medalist Diana Buhler had to name a #1 fan and supporter it would be her big brother Andy.  When he talks about his sister, the light in Andy’s eyes outshines even the gold of the medal around her neck.

The Philippines adopted the theme, “We Win As One” in the hosting of the 2019 SEA Games to focus on the power of unity.  The games were spread out and there were some divisive issues in planning and preparation.  But as with the theme, once the games began, we, as a country were a united team.  Diana Timbal Buhler, competes with the Philippines National Team in Obstacle Course Racing and knows that victory comes when the team works together.   But more personally, there is the team of her and her brother Andy who is always at her side cheering her on.

“When she was little she was the princess,” he goes on, “she had her nanny to clean her room, do her laundry or take care of her. People always did things for her and she never needed to lift a finger.”  Their mother, Virginia, hails from the town of Alicia and Diana had spent some of her childhood years in Bohol. The Buhlers used to reside at Barangay Ubujan in the City of Tagbilaran. She joins in, “And I always had to go to Jollibee and have every one of the toys.”  However, she was always good-natured and Andy affirms, “She was nice to everyone and everyone liked her.  Even now when she competes, she always gets along with the other teams.  But when she was young, she was a spoiled Filipino Princess, 100%.”

All that changed when some personal issues called for a refocus of her life and lifestyle.  Together with a move to Switzerland where there were no nannies and a few other comforts were missing, Princess Diana found herself needing to take better care of herself both physically and in her day to day labors.  “There was no one to do my laundry or clean up after me.  I was so spoiled it was a bit of a challenge at first.”  Diana rose to the challenge, and then some.  “I also had to learn to eat better and get healthy.”  And with that determination, the princess began her training to become a warrior.

Over the years the chubby little princess has grown lean and strong.  The regular runs to Jollibee have been replaced with a strict diet of protein usually chicken or fish, vegetables, and “too little rice, I can only have a small portion with my meals.”  Diana admits she gets a ‘cheat day’ on weekends and still loves a hamburger.  But for the rest of the week the diet is very strict along with a workout routine that would shame many of the other athletes.   One thing that has not changed though is her good nature and her openness to being friendly and being liked by everyone, even those she defeats in competition.

Beyond the physical toughness needed for obstacle racing, Diana has also overcome her pampered youth and developed a commanding mental toughness.  Her Gold Medal at the SEA Games was in the team 400-meter relay, but her preferred races are the longer multidiscipline cross-country races that often combine running over 20km, obstacle challenges, biking and swimming.  The 2019 Tahoe Spartan race was one of her greatest tests as it included a swim in Lake Tahoe were the average water temperate is under 12 degrees C.   Many questioned whether her small size could withstand the cold and many of the larger men were not able finish the swim.  “You have to start and finish the race carrying all of your gear, so you cannot really run the distance with a thermal swimsuit.  You get to the water, take off your shoes and shirt and put them in a dry bag. Then you have to swim with everything in the bag so it stays dry.  The body fights you in the cold water.  To make it the most important thing you need to train is your mind.”  Diana makes clear no amount of physical strength can overcome a weak mind and her greatest training is mental, especially for the longer endurance races.

When questioned about her status of a role model and advice she might give others or to her own younger self, she is quick to say, “You need to fight for your dreams and goals and never quit.”  She adds, “and maybe a little less Jollibee” though she still enjoys the occasional classic Filipino treat.

One issue in her sport that does raise some concern is the sexualization of some of the competitors.  She acknowledges reluctantly she been described as one of the ‘hottest and coolest’ athletes of the 2019 SEA Games. “It is not something we can fully avoid and it does help with the visibility of the sport.  But they do not give out medals for being pretty in my sport and beauty will not get you across the finish line.”  And while her looks may attract some short-term attention, it is her training and determination that those who know her admire.

As for her personal outlook and her hopes for the sport she says, “The 2019 SEA Games were the first time Obstacle Course Racing was a medal sport at any international event.  We are already looking forward to the 2021 SEA Games in Vietnam and hopefully we will be a part of the 2024 Olympics in France.”  Based on her determination, The Philippines will surely have a Boholana to cheer for in the games to come.