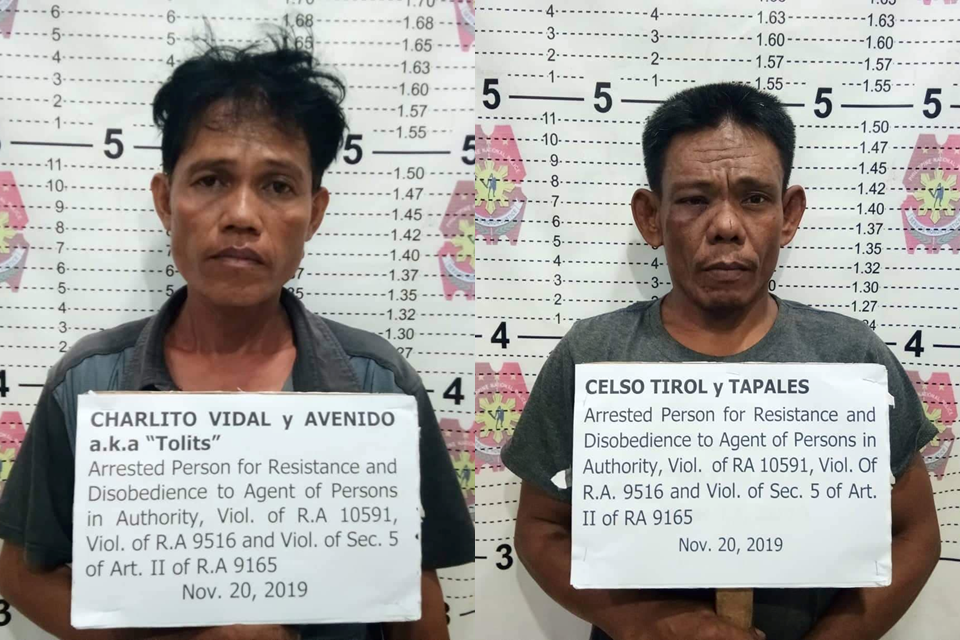 A fugitive along with two others who were allegedly in possession of illegal drugs broke through a police checkpoint in Sierra Bullones town on Wednesday morning, resulting in a high-speed chase and a shootout between the trio and the authorities.

Charlito Vidal and Celso Tirol who is facing a drug charge were arrested while one Dondon Pamor, a drug offender recently released through a plea bargaining deal, was able to flee following the shootout, said Chief Master Sgt. Conrad Butil of the Sierra Bullones Police Station.

Tirol who shot and threw a grenade at the pursuing police officers was shot by a cop in the leg.

According to Butil, the trio on board a motorcycle refused to stop when they were flagged down at a checkpoint along a national road in Barangay San Juan, Sierra Bullones at past 10 a.m.

Tirol allegedly drew a gun as they sped past the checkpoint prompting police to chase them from the said village to the next in Barangay Salvador.

Butil confirmed later on that the grenade would have exploded but Tirol apparently failed to pull off the grenade’s safety pin.

Police then arrested Tirol and Vidal who was with the former as they tried to escape from the police in a forested area.

Pamor meanwhile was able to evade arrest as he sped away on board his motorcycle.

According to Butil, they found shabu worth P10,000 and a .45 caliber pistol in Tirol’s possession while Vidal was unarmed.

Both men are now under Sierra Bullones Police custody pending the filing of charges against them. (A. Doydora)