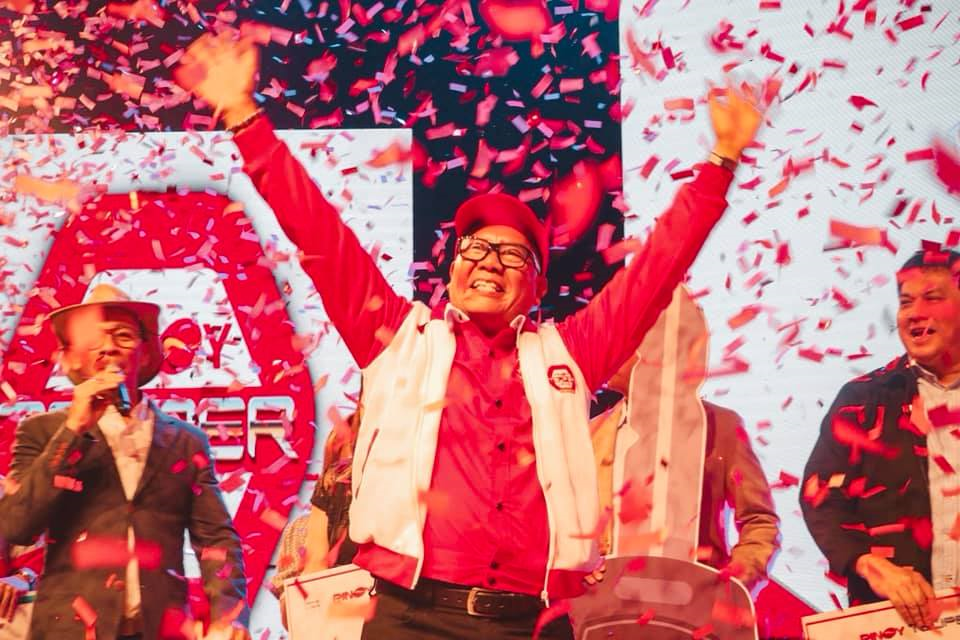 A tourist van driver and operator from Bohol bagged the top plum of the fourth edition of Phoenix Petroleum Philippines’ Pinoy Tsuper Hero program, which was launched with the support of ABS-CBN Lingkod Kapamilya Foundation Inc. and Bayan Academy.

Augusto “Gus” Pascual, a native of Tagbilaran City, received the award in front of a large audience which included the big wigs of the local oil firm and other organizers at the Dolphy Theatre across the ABS-CBN Studios in Quezon City on Thursday night.

He received P100,000 cash, P1 million worth of insurance, a new Mitsubishi FB, and P50,000 worth of petroleum and lubricant products, among other prizes.

Pascual, who was named grand champion for being an exemplary driver and having promoted driving as a noble profession, shone brighter than over 12,000 other applicants from across the country.

The 59-year-old father of three told the Chronicle he was not expecting to reach as far as he did, more so win the entire contest.

“At first, I thought it was a scam,” said Pascual after he was chosen as among top 15 contestants for Bohol in September. Pascual was among over 100 drivers who applied for the contest at the Phoenix fuel station along CPG Avenue in Tagbilaran City.

On awards night, Pascual was still in disbelief after Phoenix chief operating officer Henry Fadullon named him as grand champion. This was after the Boholano hurdled several stages of the contest making it to Bohol’s top 15, the nation’s top 30 and then top 10.

Pascual will be Phoenix’s ambassador for a year during his reign as the Pinoy Tsuper Hero for 2019.

Pinoy Tsuper Hero 2019 is the fourth edition of the annual nationwide search in which candidates are also required to attend training sessions on road safety, environment protection and leadership.

Pascual is married to Felisidad and has three children, Alvin, 34; Angelie Faith, 31; and Avigail Faye, 28. All three are working professionals.

Pascual has been in the tour transport industry for seven years through the Bohol Island Tour Operators and Drivers Multipurpose Cooperative.

He started out mainly driving tourists around in Bohol’s tourist destinations, but in 2017, he was named general manager of their cooperative. He was more focused on office work but still drove for former clients who asked specifically for his service.

According to Pascual, part of his cash awards will be used to improve his cooperative’s garage to meet the requirements set by the government’s Public Utility Vehicle Modernization Program.

Pascual is also a member of the Brotherhood of Christian Businessmen and Professionals in Bohol.