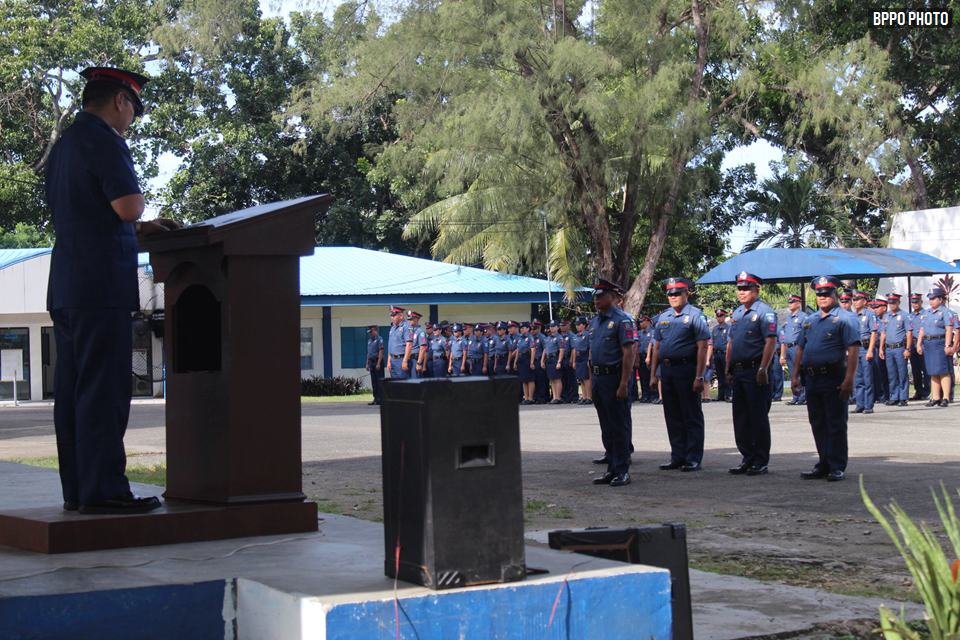 The Bohol Provincial Police Office on Monday promoted 199 policemen province-wide, including the elite commandos of the Special Action Force (SAF), in a simultaneous mass oath-taking and pinning of ranks at the BPPO headquarters in Camp Francisco Dagohoy, Tagbilaran City.

“You are newly promoted, tataas ang sahod…automatically tataas din ‘yong responsibility niyo,” said Aguisanda as he spearheaded the ceremonies on behalf of BPPO director Col. Jonathan Cabal who was directed to report to the police’s regional headquarters in Cebu City.

The highest-ranking officers who were promoted were Major Dennis Lumor and Major Bonifacio Lucerna.

The donning of ranks was witnessed by the police provincial command and family and friends of the promoted officers.

Aguisanda urged the newly promoted officers to continue to strive for growth in their chosen careers, saying that they were promoted due to their hard work. Prior to their promotion, the cops had to undergo schooling and take examinations.

“You were promoted due to your dedication and hard work in your chosen career. The passion is there, and I would like for you to keep the fire burning in you heart,” said Aguisanda.

“We are professionals, and people will always expect the best from us,” he added. (RT)