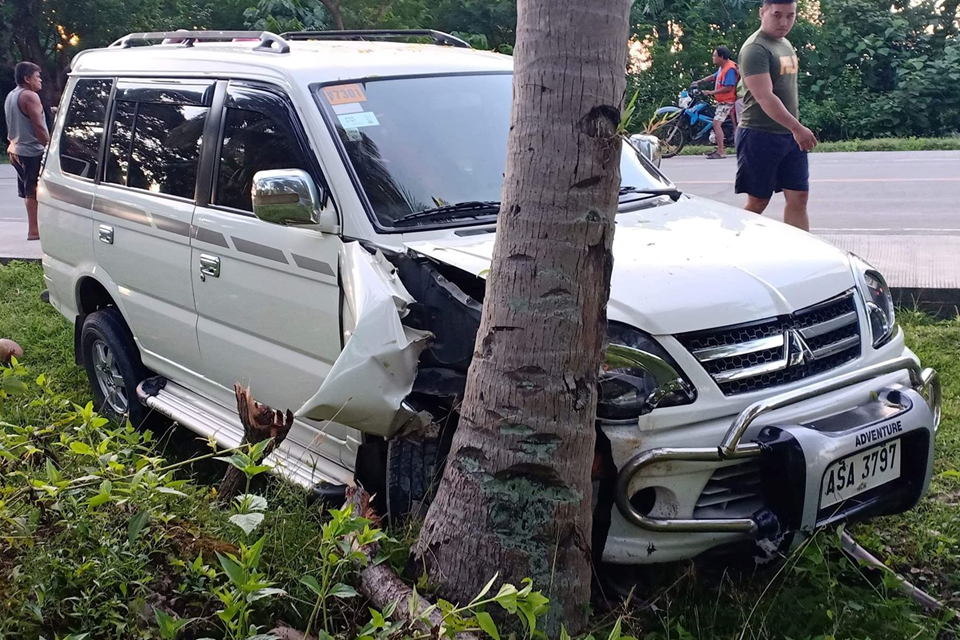 A former barangay captain in Garcia Hernandez died from an apparent hypertension-related complication, possibly heart attack, while driving a vehicle with his daughter and grandchild on board in Dimiao on Sunday.

Bernadino Gallentes, former village chief of Barangay Pasong, Garcia Hernandez, was still rushed by a Lila-based emergency unit from Dimiao to the Borja Family Hospital in Tagbilaran City but was declared dead on arrival.

According to Master Sgt. Joseph Salingay of the Dimiao Police Station, the vehicle, a Mitsubishi Adventure, slammed into a tree after Gallentes fell unconscious along a national road in Barangay Puangyuta, Dimiao while travelling towards the direction of Tagbilaran City.

Gallentes’ passengers, his daughter of legal age and grandchild, meanwhile were uninjured as authorities believed that he was travelling at low speed or was able to slow down as he started to lose consciousness.

Gallentes also did not suffer from apparent crash injuries.