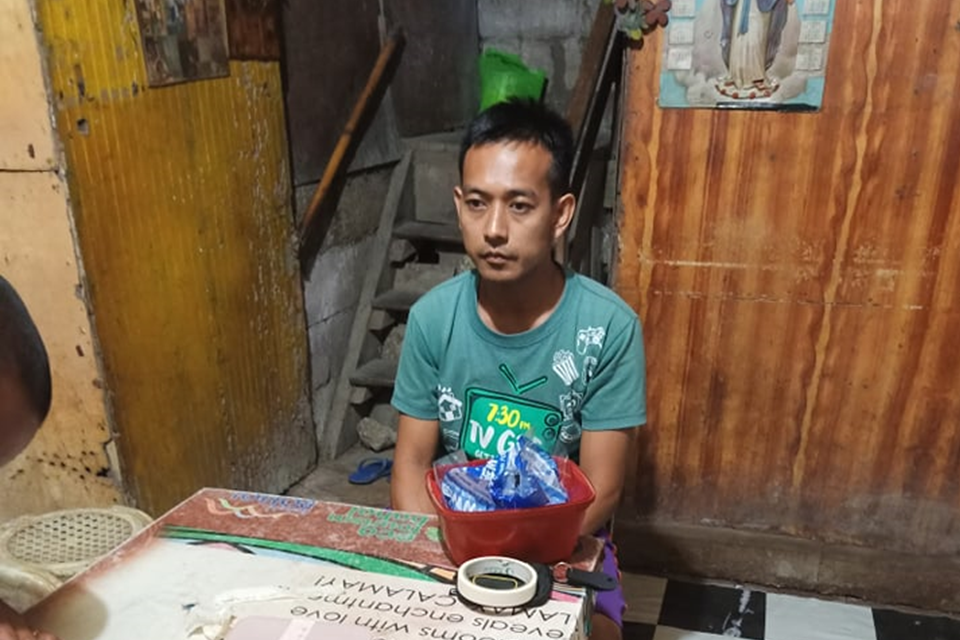 Police at dawn on Wednesday arrested a man deemed a high-value drug  target who allegedly used a coconut wine (tuba) store as front for his alleged illegal drug deals in a village that has been considered as drug-free in Jagna town.

According to Major Joseph Berondo, chief of the Jagna Police Station, they arrested Ariel Ocena at his two-story home in Barangay Pagina through a drug raid that yielded 100 grams of shabu which were estimated to be worth P680,000 based on the value set by the Dangerous Drugs Board.

First-term Mayor Joseph Rañola witnessed the inventory of the seized contraband which was one of the largest single-operation drug haul in the town in recent years.

Berondo who is on his first month as police station commander of the town confirmed that Barangay Pagina was previously tagged as a drug-free village and that Ocena’s house itself was issued a drug-free sticker.

He however noted that the stickers were stuck in the houses in Pagina long before Ocena emerged as among top drug targets of the town.

Ocena was not even included in their list of drug personalities who they had to urge to surrender through Oplan Tokhang, Berondo said, adding that reports on his alleged illegal drug operations only surfaced recently.

Based on surveillance conducted by police, Ocena used his tuba store as front for his illegal drug operations.

Police meanwhile did not expect to seize a large amount of illegal drugs from the suspect, said Berondo as he noted that follow-up operations will soon follow.

Ocena is now under the custody of the Jagna Police Station pending the filing of charges against him. (WM)