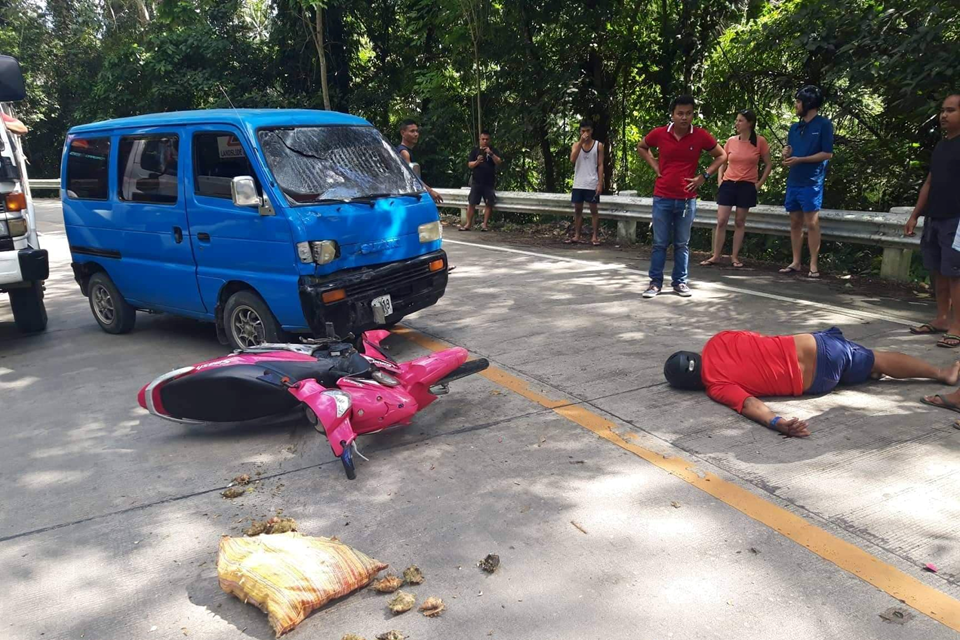 A man globally known as the “Buko King” was injured after his motorcycle collided head on against a minivan along a winding road in Loboc town on Monday afternoon.

Felipe Tacogdoy who has been widely deemed as the world’s fastest coconut husker survived the incident but sustained injuries including a broken left wrist and left leg, said Senior Master Sgt. Antonio Guhilde of the Loboc Police Station.

According to Guhilde, Tacogdoy was travelling from Tagbilaran City and was on his way home to Sevilla when his motorcycle slammed straight into an incoming Suzuki minivan along a national road in Barangay Quinoguitan.

Tacogdoy was said to have accidentally swerved into the opposite lane while making a sharp turn along the winding road which led to the collision.

Tacogdoy who was wearing a helmet during the accident was rushed to a hospital in Tagbilaran City for immediate medical treatment.

Meanwhile, the minivan’s driver identified as Kyn Ian Baradero of Bilar who was alone during the incident was uninjured.

According to Guhilde, Tacogdoy has been discharged from the hospital while he and Baradero reached an amicable settlement.

He appeared on various Youtube videos and was even invited as guest in a German TV show where he appeared before a live studio audience.

Tacogdoy who has emegred as a tourist attraction in the province was also featured by UK-based tabloid Daily Mail as the “world’s fastest coconut husker.” (A. Doydora)