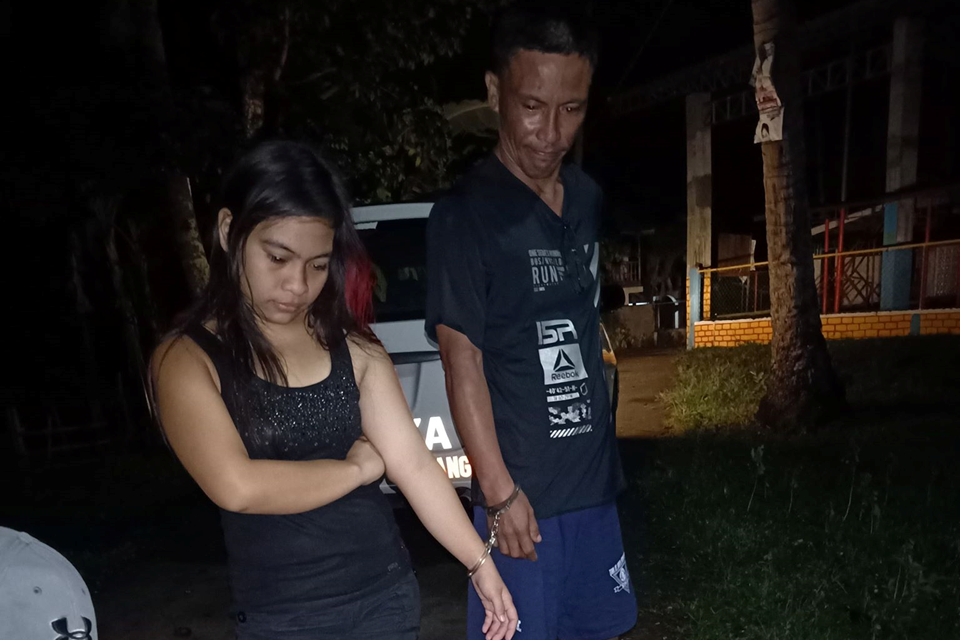 A 48-year-old man and his 18-year-old live-in partner were arrested by police for drug charges in Inabanga on Monday night.

Police said that the newly identified drug personalities, Roweno Bilocura, 48, of Cebu City and Rosalie Aparece, 18, of Inabanga were arrested through a buy-bust operation in Barangay Dait Sur, Inabanga.

Police operatives under the supervision of Captain Fermin Dunque allegedly spotted Bilocura as he sold shabu in the said village prompting them to set the operation in motion.

According to authorities, Bilocura sold shabu worth P500 to an undercover cop resulting in his immediate arrest during the operation.

Aparece who was with Bilocura during the operation was also apprehended as she was allegedly caught in possession of shabu.

The couple was detained at the Inabanga Police Station lock-up jail while authorities prepared to file drug charges against Bilocura for sale and possession of illegal drugs.