After 8 years, Aris gets first office from Capitol 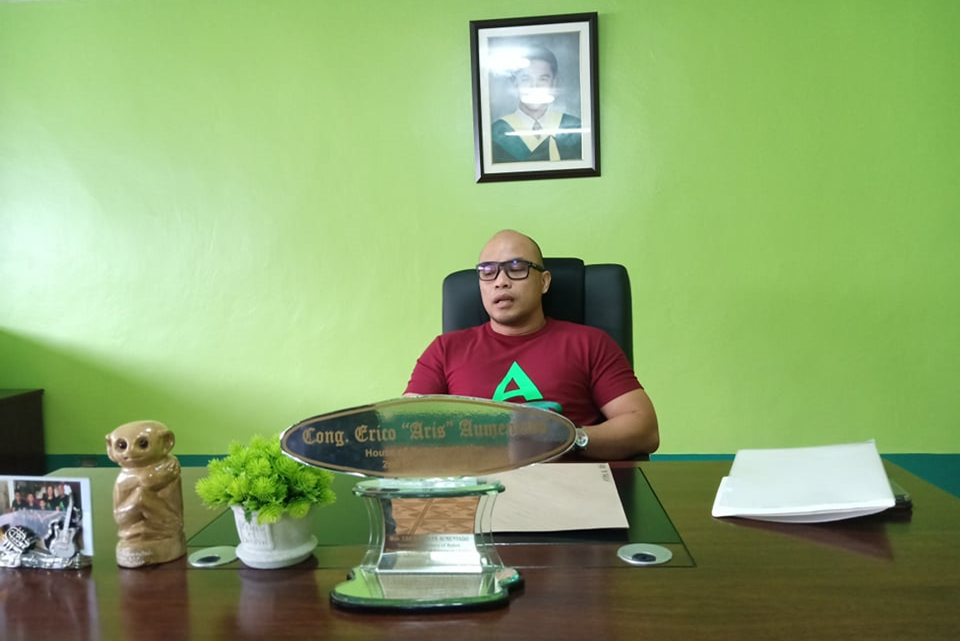 After 8 years, Aris gets first office from Capitol

For the first time since sitting as congressman of the second district in 2012, Rep. Erico Aris Aumentado has an office in Bohol which was provided by the provincial government.

Aumentado who has been holding office at his residence in Tagbilaran City since he took over the congressional seat left by his late namesake father led the inauguration of his new office at the Old Capitol Building in the city on Tuesday.

The opening was marked by a short ceremony attended by members of the last-term solon’s staff who will now be stationed at the new office.

Aumentado, in a brief interview with the media, thanked Governor Arthur Yap who is on his first term for providing him and his staff with the office space.

According to Aumentado, the new office which is located in the heart of downtown Tagbilaran City will be more accessible to his constituents.

However, Aumentado is still the only congressperson who does not have an office at the new Capitol as both Rep. Edgar Chatto of the first district and Rep. Alexie Tutor of the third district have offices in the new P700-million facility.

Aumentado said that all three legislators were initially assigned offices at the new Capitol but his designated space was later occupied by the Provincial Health Office after the new building’s completion.

Still, Aumentado was “very grateful” for the office space offered by Yap after not being provided one under the previous administration.

While the provincial government is not mandated to provide offices for congresspersons, other former House members such as Yap, Relampagos, Eladio Jala and Roberto Cajes has had offices at the Old Capitol.

Aumentado noted that he also has satellite offices in key areas of his district including Ubay and Buenavista.

Like all congresspersons, he also has an office at the Batasang Pambansa in Quezon City.  (A. Doydora)

Gubernatorial candidate Rep. Aris Aumentado said the camp of Governor Art Yap is “getting desperate” as he slammed the incumbent’s…