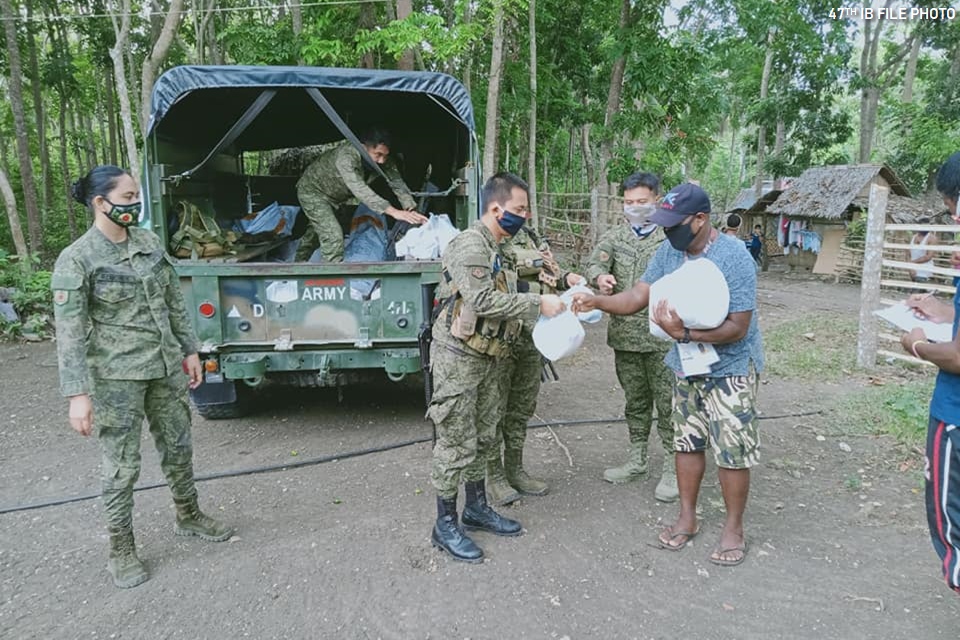 Armed men suspected to be New People’s Army rebels were “consistently harassing” a community in Bilar town prior to the brief clash between them and soldiers of the Philippine Army on Sunday noon.

In a statement, the PA’s 47th Infantry Battalion (IB) said that their troops were deployed to Purok 7 in Barangay Cambigsi, Bilar after receiving reports indicating that the armed group forced residents to give them food and that they had plans to disrupt the distribution of financial aid under the government’s Social Amelioration Program (SAP).

The deployment of soldiers to Cambigsi led to a 10-minute gun battle between around 12 suspected rebels and the 47th IB at 12:30 p.m. Sunday. There were no reported casualties.

Lieutenant Col. Allan Tabudlo, commander of the 47th IB, condemned the acts of the NPA saying that they are “anti-poor” for planning to disrupt the distribution of aid to those in need amid the coronavirus disease (COVID) 19 pandemic which has crippled industries and livelihood of Filipinos.

“The CPP NPA once again proved that they are not pro poor as they always claim but anti- poor and anti-people as they are the cause of the delay in the delivery of government assistance to rightful beneficiaries,“ Tabudlo said.

“They are worse than COVID 19, In spite of the crisis they continue their antagonisms rather than helping the people who are in need,” he added.

Tabudlo assured that the PA is “on top of situation.”

The PA meanwhile found ammunition and medical supplies at the suspected rebel’s temporary hideout near the village.

It was the second clash between the NPA and state forces this year.

The last encounter which resulted in the deaths of a PA soldier and a rebel also erupted in the same village in Bilar in late February.