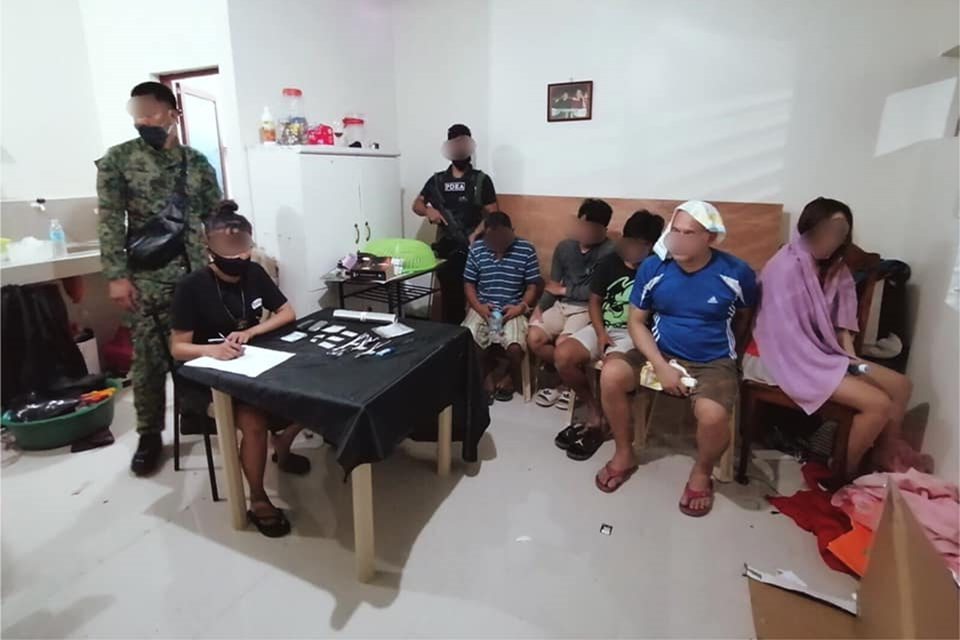 The Philippine Drug Enforcement Agency (PDEA) on Tuesday night arrested four men and a woman during a buy-bust operation at a suspected drug den in Dauis town.

The PDEA along with the Bohol Provincial Police Office’s Drug Enforcement Unit seized shabu worth P340,000 at the drug den in Barangay Tinago which was allegedly run by one Jonathan Sumagang, a newly identified drug personality.,

In a report, the PDEA said that Sumagang and his group allegedly sold shabu to undercover agent resulting in their immediate arrest.

According to authorities, all five persons yielded a total of 50 grams of shabu.

They are all now detained at the Dauis Police Station.