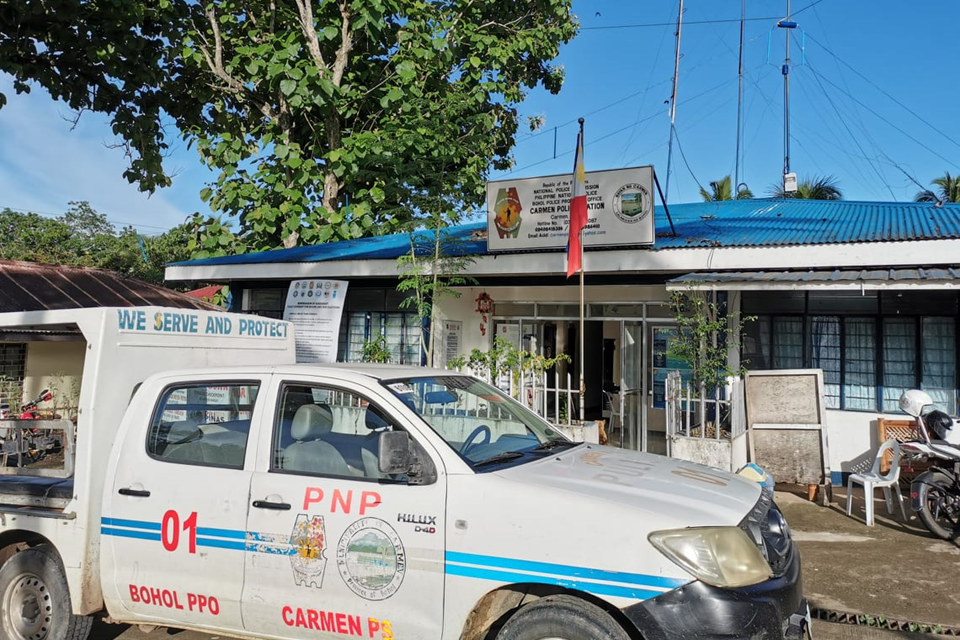 The Bohol Provincial Police Office (BPPO) placed the Carmen Police Station on lockdown on Saturday as precautionary measure against COVID-19 following the death of their police chief who succumbed to a respiratory ailment.

According to BPPO operations chief Major Norman Nuez, all 30 personnel of the Carmen Police Station were quarantined inside the police station after their chief Major Jodel Torregosa died following an asthma attack early on Saturday.

Nuez said that the BPPO has deployed 18 cops led by Lt. Angelo Cabrera to act as the town’s temporary law enforcers.

The 18-man team comprised of police officers from adjacent towns and the Provincial Mobile Force Company are operating out of the Carmen’s old Rural Health Office building.

Meanwhile, health authorities took swab samples from Torregosa and submitted it to Cebu for testing.

Torregosa’s family has also been advised to undergo quarantine.

In Sagbayan, six police officers including their town’s station commander were also quarantined after they were confirmed to have been in contact with Torregosa.

Nuez said that food and other necessities are being provided to the quarantined personnel and other individuals inside the police station.

The BPPO has requested the local government unit of Carmen and the Provincial Health Office for swab testing for those in contact with Torregosa.

They may not always see eye to eye in handling the province’s COVID-19 response, but there is no ongoing conflict…

A total of 8,000 doses of Sinovac’s CoronaVac from the Department of Health (DOH) have been shipped to Bohol allowing…

‘Half’ of Capitol employees return to office; positive cases at 114

Bohol with 1,210 active COVID-19 cases topped Central Visayas with the most number of ongoing infections of the dreaded viral…