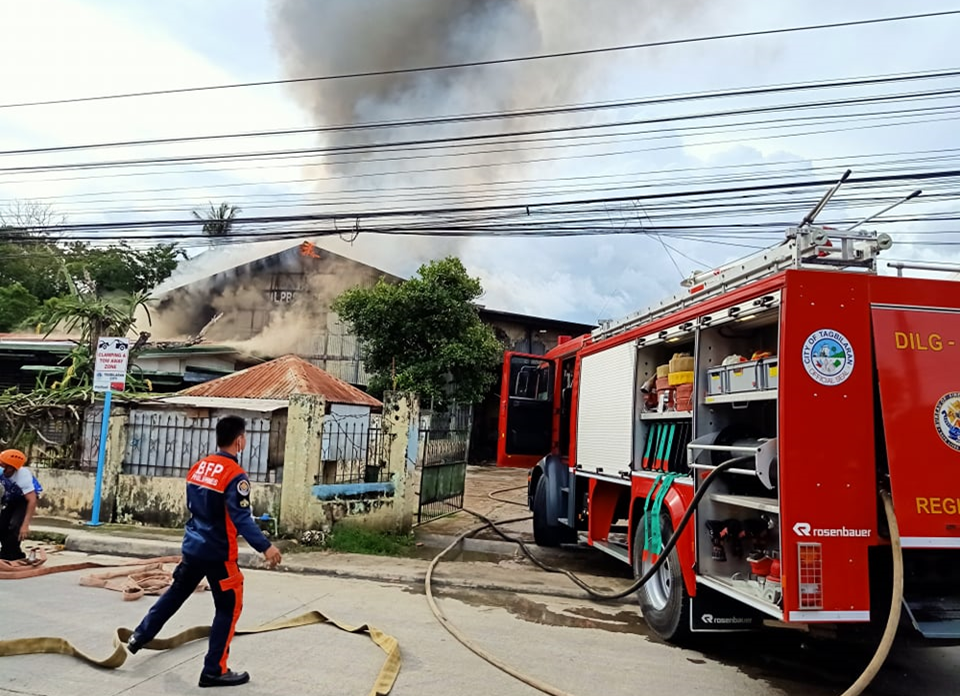 An old rice mill converted into a boarding house in Tagbilaran City was gutted by an over hour-long fire on Tuesday afternoon.

FO3 Dennis Calonia of the Tagbilaran City Fire Station said that no one was injured when the fire broke out but it left over P800,000 worth of structural damages.

According to Calonia, the blaze started from the rented room of one Michael Aparece, 35, due to “electrical ignition.”

Aparece was at work when the fire erupted.

The fire spread to another boarding house behind the old rice mill damaging three rooms of the structure.

A house owned by one Goldinila Blanco which is also located beside the rice mill also caught fire and was partially damaged.

The Tagbilaran City Fire Station received the fire alarm at 4:05 p.m. and the blaze was declared fire out at 5:30 p.m.

Calonia said that last month, Aparece’s room almost caught fire due to the same cause but residents of the boarding were able to immediately put the fire out preventing it from spreading to other rooms.

The burnt structure was reportedly then the largest rice mill in the entire province of Bohol.

It was at the time owned by one Leopoldo Blanco. (A. Doydora)