6 COVID-positive LSIs in Trinidad were quarantined for 28 days, says mayor

6 COVID-positive LSIs in Trinidad were quarantined for 28 days, says mayor

The six locally stranded individuals (LSI) who tested positive for COVID-19 based on PCR (polymerase chain-reaction) test results released on Saturday last week are being quarantined inside their homes in Trinidad, the town’s mayor Judith Cajes said.

Cajes on Monday explained that the LSIs were released from facility quarantine after results of a chemiluminiscence immunoaasay (CLIA) test done on them indicated that they had already recovered from their infection.

The LSIs had already been quarantined in a government facility for 28 days while awaiting their PCR test results from the Department of Health (DOH) prompting local health authorities to allow them to go home to their houses where they underwent further quarantine.

However, the test PCR results were not released until July 11 and the LSIs had already been released prior to that on the basis of CLIA tests that showed that they already recovered.

The mayor also noted that the LSIs were asymptomatic throughout their home and facility quarantine.

Lopez instead lambasted health authorities in Cebu, where the testing of swab samples were done, for the delayed release of results.

According to Lopez, he had followed up on the test results of the Trinidad LSIs on July 4 and was told that the samples were “invalid.”

He said that they no longer expected for the PCR test results to be released prompting Bohol health authorities to subject the six LSIs to a CLIA test at the Governor Celestino Gallares Memorial Hospital (GCGMH) in Tagbilaran City.

The COVID-specific antibody test showed that the LSIs had high IgG (immunoglobulin G) indicating that they have recovered from their infection. It was only then that the LSIs were allowed to undergo home quarantine.

However, the delayed PCR test results were released on July 11 after the LSIs were already allowed to go home on the basis of their CLIA tests.

The positive PCR test results were announced by Governor Arthur Yap on Saturday.

Bohol still depends on Cebu for PCR testing as the GCGMH’s molecular laboratory is still not operational pending the installation of several equipment. (R. Tutas) 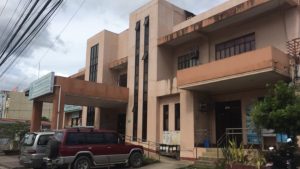 COVID community transmission in Bohol on the rise; 7 new cases in a week

The number of community-transmitted COVID-19 cases in Bohol is on the rise. Governor Art Yap late Tuesday night announced that… 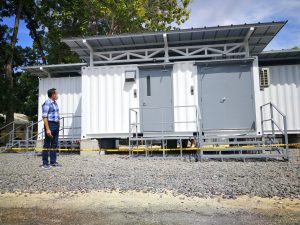