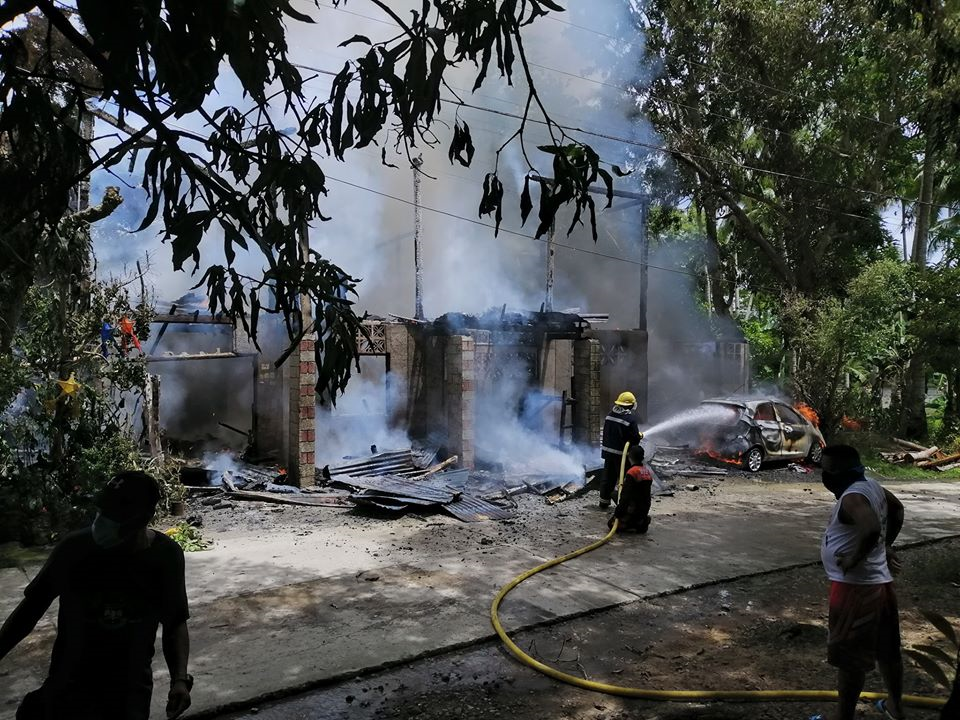 A fire which raged for over four hours gutted an ancestral house owned by a municipal councilor in Clarin and burned two vehicles parked near the residence on Saturday.

According to FO2 Raymond Remoreras of the Clarin Fire Station, no one was injured during the incident but the fire left an estimated P700,000 worth of structural damage on the house owned by Councilor Ligaya Carcallas.

The fire aslso burned a Kia Picanto and an old van.

The Clarin Fire Station received the fire alarm at past 10:30 a.m. and the blaze was declared fire out at past 3 p.m.

Initial probe indicated that the fire erupted inside a room at the house’s second floor before spreading throughout the structure which was mostly made of light materials.

Further investigations are ongoing to determine the cause of the fire.

Fire investigators suspected that the blaze started due to electrical malfunction or unattended mosquito coil or candle.