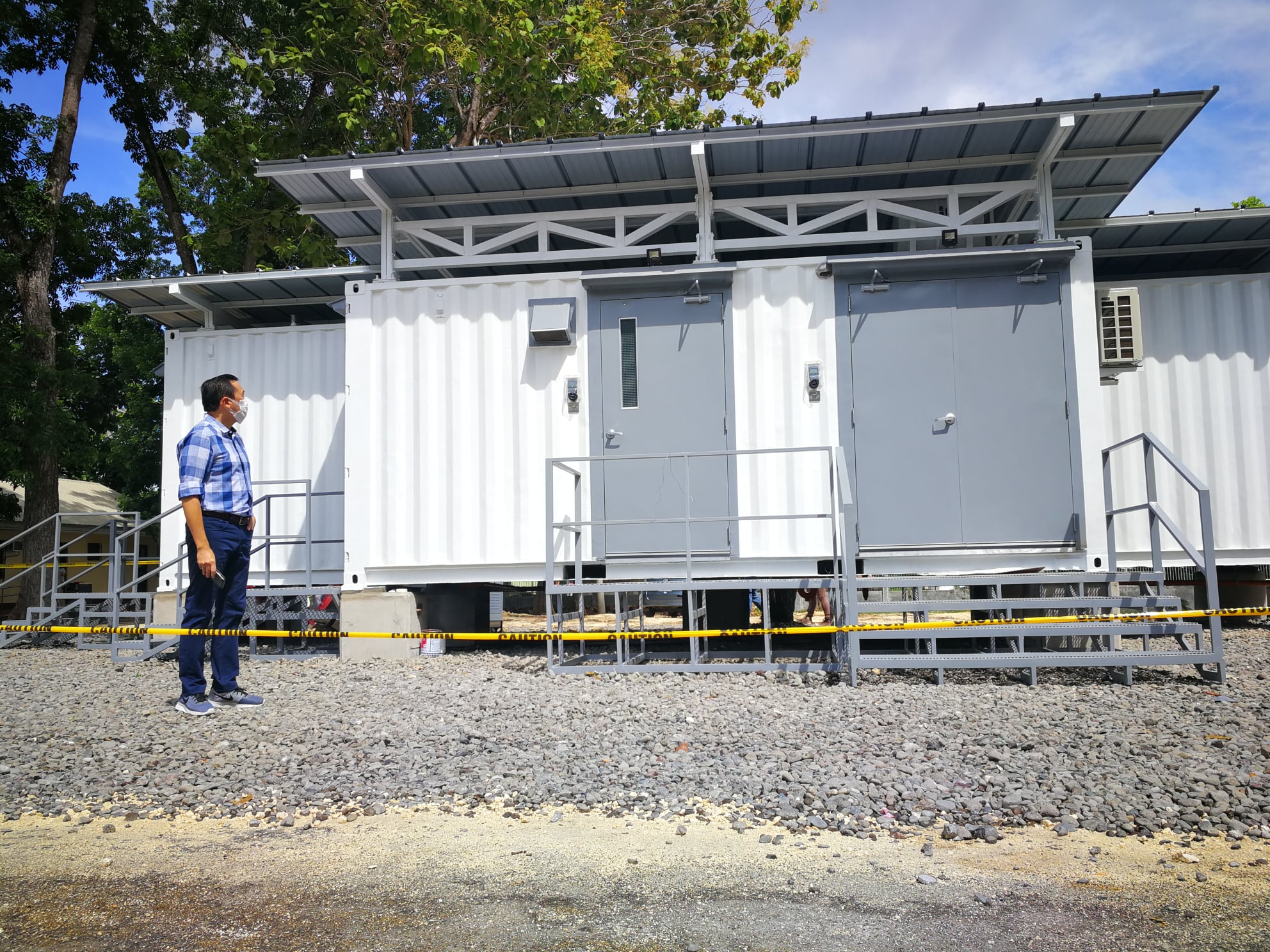 Bohol’s first containerized molecular laboratory for COVID-19 testing is expected to be operational in August.

According to Gov. Art Yap, the mobile facility which arrived in the province last week will undergo a trial run next week for health authorities including the Research Institute for Tropical Medicine (RITM) to test its capability.

Yap said that it may take “one to two weeks” after the trial run for the laboratory to be allowed to operate.

The governor expressed confidence that the approval from national authorities would not take long considering that the province has already been awaiting the arrival of the lab for four months.

The containerized laboratory was set up inside the Bohol Medical Care Institute (BMCI) compound in Tagbilaran City.

It is expected to be transferred to Talibon or the Bohol Panglao International Airport in Panglao once the molecular laboratory of the Governor Celestino Gallares Memorial Hospital (GCGMH) in Tagbilaran City is operational.

The GCGMH lab has experienced delays in the arrival of several vital equipment leading to the postponement of its inauguration. It is now expected to start operations before the month ends.

Either of the two facilities will be the first laboratory in the province capable of conducting polymerase chain-reaction (PCR) testing for COVID-19.

Operations of both facilities are expected to cut Bohol’s dependence on Cebu for PCR testing which has caused delayed release of test results of individuals from the province.

On July 14, Dr. Mary Jean Loreche, chief pathologist of Department of Health (DOH)-Region 7, announced that the regional office is “helping in the capability building process for the personnel who will man the molecular lab at the GCGMH to boost the Covid-19 testing capacity of the province”.

Loreche also announced that “there will be more functional molecular labs in the outskirts of Central Visayas region”.

The provincial government plans to have two containerized labs and two more stand-alone units to cover areas in range of the eight gateways of Bohol.

The provincial government is set to station containerized PCR labs in strategic spots of Bohol for fast testing on Covid-19.

Once the containerized lab becomes operational, a suspected case’s quarantine period may be shortened from 14 days to just five days.

“We also have to make sure that our equipment is properly interfaced with our contact tracing capacity,” Yap said. (R. Tutas with a report from PNA)