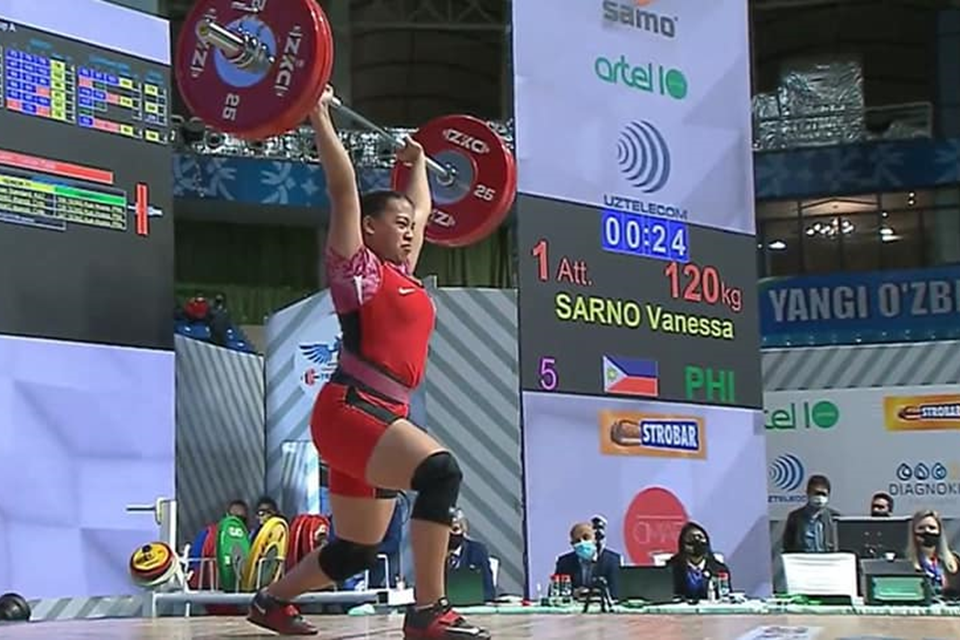 Boholana weightlifter Vanessa Sarno clinched a golden finish for the Philippines in the 71-kg division during the 2021 Asian Weightlifting Championships in Uzbekistan on Wednesday.

Sarno, a native of Tagbilaran City, bagged the top prize for her division after lifting a total of 229 kg in two lifts.

The 17-year-old lifted 128 kg for clean and jerk and 101 kg for snatch which earned her gold and silver, respectively.

Sarno, whose appearance at the Asian tilt was supported by the Philippine Sports Commission, outperformed Rio Olympian Gulnabat Kadyrova of Turkmenistan, who had to settle for silver in total as he lifted 102 kg for snatch and 121 kg in clean and jerk.

With the teenage sensation’s victory, the Philippines improved its tally with two gold, six silver and one bronze medals in the Asian championships which is scheduled until April 25.

Sarno, who earlier shared to the Chronicle her admiration for Hidilyn Diaz, is seen to be the heir apparent to Diaz’s throne as the country’s top weightlifter.

The Boholana’s latest victory has further catapulted her status as a potential qualifier and even a medalist in the 2024 Paris Olympics.