Police in Panglao who responded to a supposed alarm and scandal complaint ended up seizing 100 grams of suspected marijuana from an Italian national in Panglao town at dawn on Wednesday.

According to Melloria, they deployed officers to the area after residents heard a woman screaming from Ganoza’s apartment.

When police arrived at the apartment, Ganoza allegedly fled and threw the container of marijuana away.

However, the operatives were able to subdue Ganoza and retrieve the alleged contraband.

Melloria said that the pack contained leaves that appeared to be marijuana.

The alleged marijuana leaves have been sent to the crime lab for verification.

Ganoza is now detained at the Panglao Police Station lock-up jail pending the filing of charges against him.

Meanwhile, the woman at Ganoza’s apparent said that they only had an argument.

She also noted that she was not filing a complaint against Ganoza. (A. Doydora) 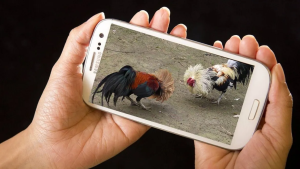