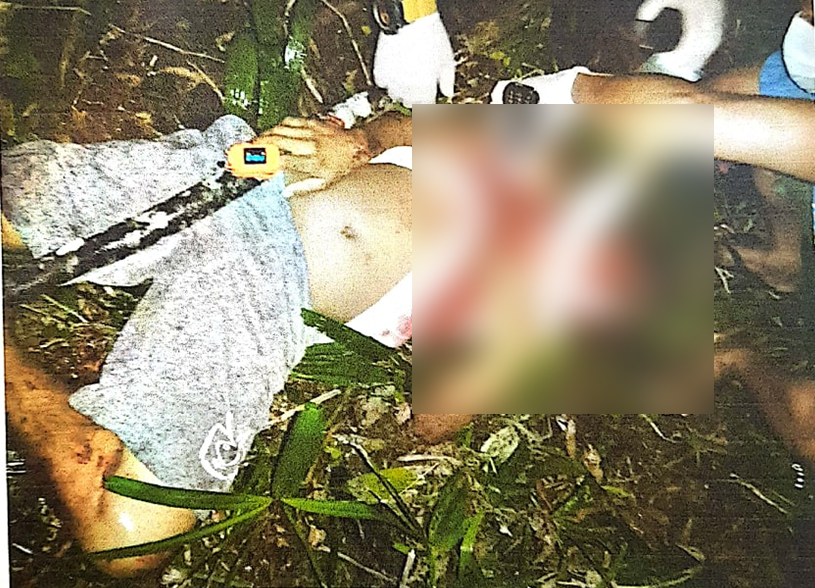 A 32-year-old man was allegedly stabbed dead by his neighbor, a seaman, amid a longstanding rift between the two which stemmed from a land dispute in Alicia town.

Alicia police chief Lt. Bonifacio Flores said victim  Eddie Tanchico, a resident of Barangay Progreso, Alicia, was still rushed to the Candijay Community Hospital in the adjacent town of Candijay but was declared dead on arrival.

Tanchico sustained stab wounds in his head, chest and back.

According to Flores, Tanchico was repeatedly stabbed by one Erenio Doydora when both chanced upon each other along a barangay road near the suspect’s residence on Saturday night.

Doydora who was believed to hav been drunk during the incident immediately fled the area but was arrested by police at his home during a hot pursuit operation five hours after the indent.

Flores said that the land dispute was supposed to have already been settled in favor of Doydora.

The conflict was reignited when the two saw each other while Doydora was inspecting his property after he was told that some of his hollow blocks were stolen.

During the day of the stabbing, Doydora had just arrived in Bohol from Manila and was supposed to oversee development of the disputed land.

However, authorities have yet to ascertain if hollow blocks were indeed stolen from Doydora.

Barangay officials who initially looked into the alleged theft case told police that it appeared that none were stolen from the remaining pile of hollow blocks at Doydora’s propery.

According to Flores, Tanchico only chanced upon Doydora as the former figured in an altercation with his live-in partner and was looking for her.

Meanwhile, Doydora who remained detained at the Alicia Police Station lock-up jail pending the filing of a murder complaint against him. (A. Doydora)