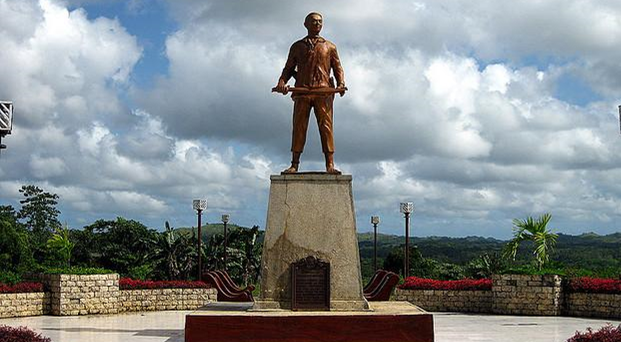 After many years of searching for the starting date of the Dagohoy Revolution in Bohol, a law was recently passed declaring  July 4 of every year to be the Francisco Dagohoy Day.

The Title of the Law states, “AN ACT DECLARING JULY 4 OF EVERY YEAR A SPECIAL WORKING HOLIDAY IN THE ENTIRE PROVINCE OF BOHOL, TO BE KNOWN AS “FRANCISCO DAGOHOY DAY” IN HONOR OF FRANCISCO DAGOHOY, A NATIVE OF BOHOL AND LEADER OF THE LONGEST PHILIPPINE REVOLT ON RECORD THAT LASTED FOR EIGHTY-FIVE (85) YEARS DURING THE SPANISH ERA.”

Section 1. (A restatement of the Title)

Section 2. The Department of Education Regional Office shall plan and implement activities for the holiday and ensure that Francisco Dagohoy’s Legacy of courage and patriotism is given emphasis so as to encourage the young to continue the good values of patriotism demonstrated by Francisco Dagohoy.

Moreover, to ensure a meaningful observance of the holiday as herein declared, all heads of local government units  and instrumentalities, including government-owned and controlled corporations, and employers in the private sector shall encourage and afford sufficient time and opportunity for their employees to engage and participate in any activity conducted within the premises of their respective offices or establishments to celebrate the Francisco Dagohoy Day.

Section 3. This Act shall take effect 15 days after the publication in the Official Gazette or newspaper of general circulation.

VICENTE SOTTO III – President of the Senate; GLORIA MACAPAGAL ARROYO – Speaker of the House of Representatives.

Dr. GregorioZaide was the first prominent Filipino historian who advocated for the recognition of Francisco Dagohoy as a Filipino Hero. He wrote a small book entitled, “DAGOHOY: CHAMPION OF FILIPINO FREEDOM”.

The prominent Boholanos in attendance were Mr. Tomas Cloma, President of the Bohol Association; Dr. Jacinto Borja, technical adviser, Malacañan Palace; and many others.

Unfortunately; Dr. Zaide did not have a firm basis for March 2 as Francisco Dagohoy Day. His main reference which was the diary of Fr. Narciso Hernandez de Jesus Maria did not actually have the date. The other reference, which was the report of Comandante (Major) Manuel Sanz contained the date of surrender or end of the revolt, August 31, 1829.

During that time (1941), the writings were the best available data regarding the Dagohoy Revolution.

Now we know that his references were incomplete. The diary of Fr. Narciso Hernandez that he had was only partial. In fact Zaide erred in naming the priest. He called him Fr. Jesus Maria.

The complete name was Fr. Narciso Hernandez de Jesus Maria, OAR (Order of Augustinian Recollects). In the priestly order the name is Narciso Hernandez. His advocacy or devotion was to “Jesus Maria”. Another error of Dr. Zaide was to translate “Commandante” as Captain. It became the source of the errors of subsequent historians who quoted Zaide. Almost everybody use the name Captain Manuel Sanz as the Spanish officer who ended the revolution.

The rank Comandante is Major in English. In fact after the end of the revolution, he was promoted to the next rank of Lieutenant Colonel.

Fortunately the Boholanos living in Bohol did not agree to the date March 2 as agreed by the Bohol Association in Manila because there was no factual basis.

During the time of Governor Lino I. Chatto, the Boholanos tried to celebrate Francisco Dagohoy Day on August 31, which was the date of the surrender or end of the revolution.

Later on it was discarded because it was incongruous to celebrate Dagohoy’s victory on the date when his revolution was defeated.

The determination of the date of the start of the Dagohoy Revolution was in doldrums until Prof. Emmanuel Luis A. Romanillos came to Bohol to do further research about Francisco Dagohoy.

He was given a research grant in Spain to research in the libraries and museums that contained the original papers about Bohol. Inevitably he got interested about Francisco Dagohoy.

Prof. Romanillos left the priesthood. He became a Professor of Languages at the University of the Philippines, Diliman, Quezon City. As his professional lecture in order to become a professor, he selected the Francisco Dagohoy revolution in Bohol.

He came to Bohol to make a research. When he went to Danao, Bohol he was surprised when the local people told him that Francisco Dagohoy was very active fighting the Japanese during World War II.

Fortunately we met at the Provincial Library. I told him that Mr. Sotero Misa, the person who wrote “The Life and Struggles of Francisco Dagohoy” as his Master’s thesis was a guerrilla officer operating in Danao, Bohol area. His war name was Francisco Dagohoy Junior.

One thing leads to another and we became friends and exchanged notes and data. Fortunately Prof. Romanillos obtained the original data in Spanish regarding Francisco Dagohoy.

He gave me the original data in Spanish because I know that translations usually have the bias of the translator. Next issue I will discuss how I obtained July 4, 1744 as the start of the Dagohoy Revolution.