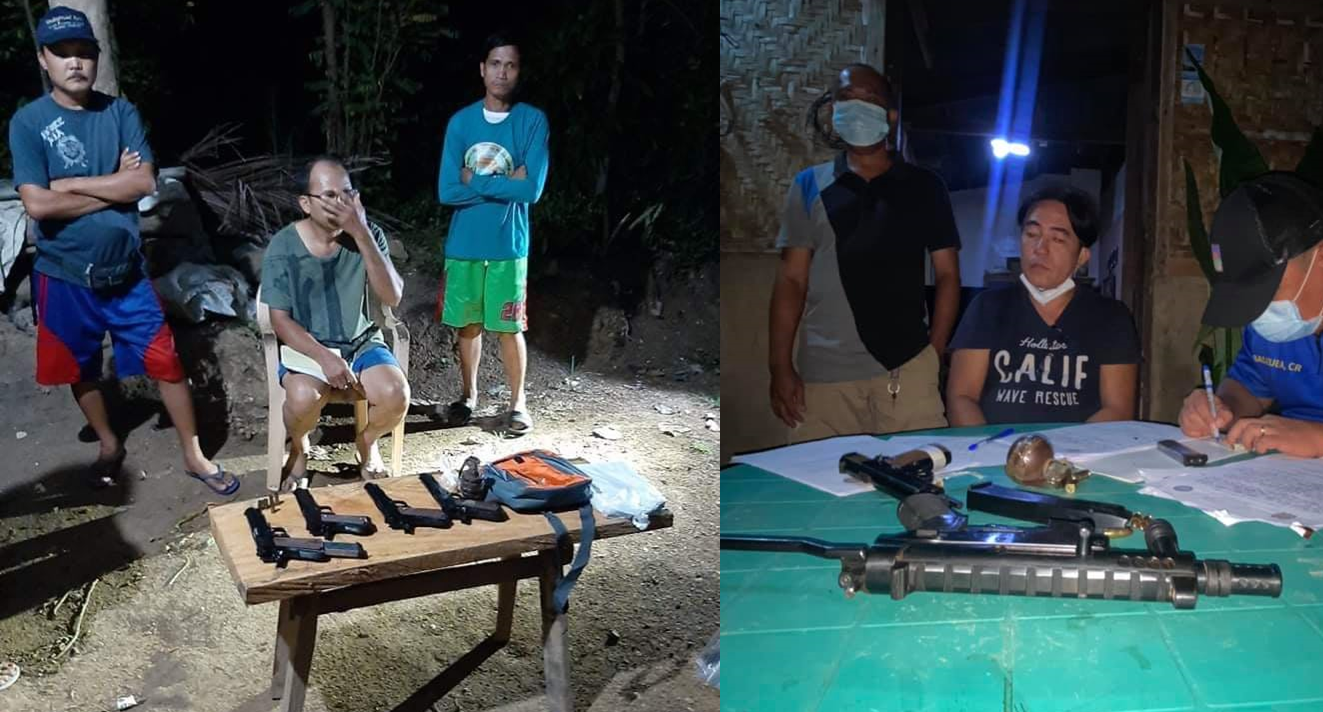 An incumbent barangay councilor and a pastor, who are alleged members of the TABADA crime group and communist-terrorist group (CTG), were nabbed by virtue of search warrants in separate operations past 1 a.m. last Friday in Trinidad and Mabini towns, respectively.

Operatives of the Criminal Investigation and Detection Group (CIDG) identified the suspects as Carmilo Tabada, a barangay councilor in Barangay Poblacion, Trinidad Bohol, and Pastor Nathaniel Vallente, a resident of Barangay San Jose in Mabini Bohol.  Both were served with search warrants for violation of Section 28 of Republic Act 10591 or the Comprehensive Firearms and Ammunition Regulation Act.

Tabada, 51,was  tagged as the leader of TABADA crime group engaged in gun-running activities  and allegedly an active member of a  communist group.

The search warrant served against Tabada was issued by Judge Azucena Macalolot-Credo, Executive Judge of the Regional Trial Court (RTC) in Talibon in Bohol last June 21.

The serving of this search warrant resulted in the confiscation of a unit of .45 caliber pistol, a piece of 9 mm machine pistol KG9 with live ammunition, a hand grenade, and subversive documents.

The said operation was witnessed by some of the barangay officials of barangay Poblacion in Trinidad, Bohol. Tabada is currently detained in Trinidad Police Station while a case for violation of RA 10591 and RA 9516 was being prepared.

Almost an hour after the arrest of Tabada,  PastorVallente, 52, who is also tagged as a member of TABADA crime group, was arrested in Purok 5, Barangay San Jose in Mabini town.

Vallente was arrested in a joint operation conducted by forces of the CIDG-7, Regional Mobile Force Battalion 7, Bohol Police Provincial Office, Special Action Force, and the 47th Infantry Battalion of the Philippine Army via virtue of a search warrant for violation of Section 28 of Republic Act 10591 or the Comprehensive Firearms and Ammunition Regulation Act.

Operatives seized at least four firearms with live ammunition, one hand grenade, and some subversive documents from Vallente.

Vallente is currently detained at the Mabini Police Station waiting as police prepare his case for violation of RA 10591 and RA 9516.

Tabada and Vallente were two of the target personalities of CIDG Bohol Provincial Field Unit’s (PFU) in apprehending leaders and members of the said crime group. These operations were in line with the

The family of CarmiloTabada, has denied the allegations that the barangay councilor was a member of the communist terrorist group, New People’s Army, and leader of the Tabada crime group.

The allegations against our family about the Tabada crime group are questionable and a big lie. That is not true.

Our family has never been known or linked to that kind of crime here in Bohol.

The same public statement claimed that the two unlicensed firearms with ammunition, a hand grenade, and subversive documents confiscated during the June 25 operation of the Criminal Investigation and Detection Group in Central Visayas (CIDG-7) operatives were allegedly planted.

The 21-year-old daughter of Carmilo allegedly saw two CIDG-7 personnel allegedly placing
something under Carmilo’s bed when they served the search warrant against Carmilo.

Police Colonel IreneoDalogdog, CIDG-7 chief, said that they would give their statement regarding the Tabada family’s claims in a press briefing tomorrow.