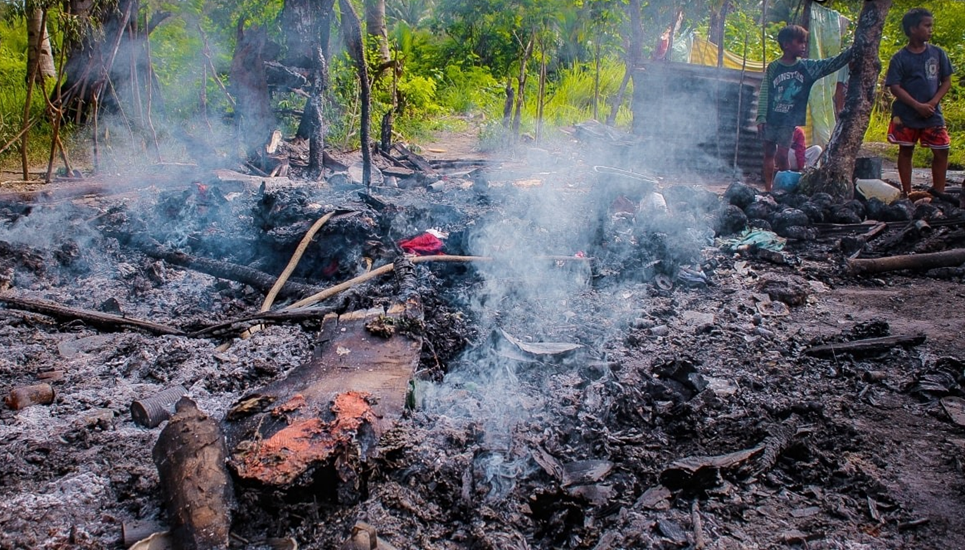 A house in a remote area in Guindulman was razed on Wednesday noon by a fire which authorities only found out about through Facebook.

According to SFO1 Emmanuel Abejaron of the Guindulman Fire Station, the house which was owned by 61-year-old Gregoria Maquidato of Barangay Trinidad was already burned down when they arrived at the area.

The fire broke out at 12:05 p.m. but the fire station only found out about the incident at 2:45 p.m. when a netizen posted photos of the burned house.

Abejaron said the fire started from an open flame which was used to cook rice and was left unattended.

The house which was made of light materials was completely burned down in around 15 minutes while none of Maquidato’s belongings were spared.

Maquidato was able to go out of her house and was left unscathed by the blaze which left damagers worth P15,000.

Abejaron noted that Maquidato’s home was located in a secluded area and was far from other houses.

Abejaron called on the public to immediately report fire incidents and to save the fire station’s number and other emergency contact details.

The Guindulman Fire Station repeatedly posts their contact details on Facebook and announce these during their information campaign activities, he said. (A. Doydora)