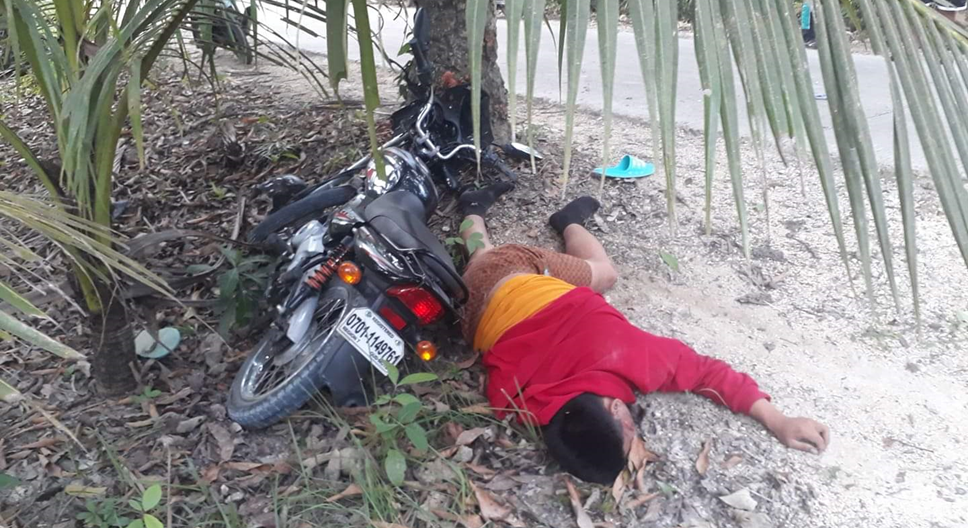 A 21-year-old man died after his motorcycle slammed into a tree in Calape town on Wednesday afternoon.

According Staff Sgt. Elmer Perocho of the Calape Police Station, the fatality identified as Francis Utbo, a resident of Balilihan town was still rushed to the Mother and Child Hospital in Calape but was declared dead on arrival.

Utbo, a security guard of Marcela Farms, was on his way to work when he overshot a downhill and curved road causing him to slam into a coconut tree.

Perocho believed that Utbo may have been travelling at a high speed.

Utbo sustained severe injuries to the head leading to his death.

No one else was harmed during the incident.

According to Perocho, they found a helmet in the area but authorities could not ascertain if the victim was using it when he crashed. (A. Doydora)