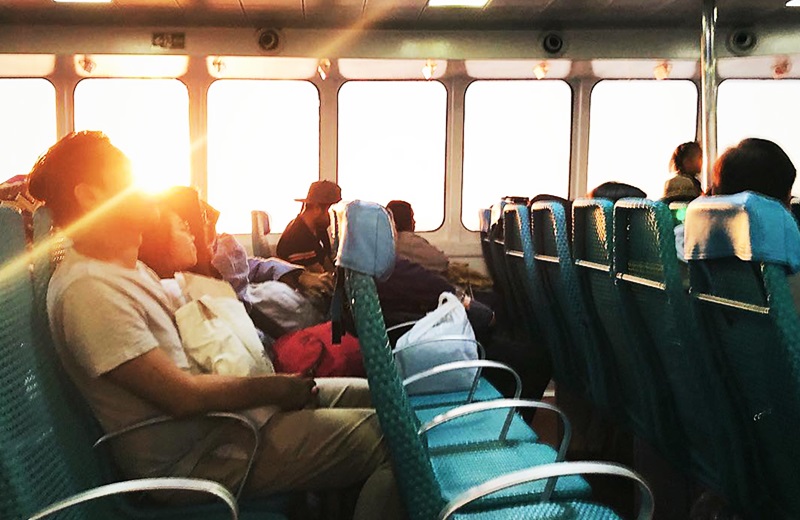 Some 56 people on board an Ocean Jet vessel which traveled from Cebu City to Tagbilaran City on August 2, 2021 were quarantined after one of the passengers was found out to be positive for COVID-19, a Capitol official said Wednesday.

According to Provincial Disaster Risk Reduction and Management Office (PDRRMO) chief Anthony Damalerio, the Inabanga focal person who was tasked to facilitate the entry of the COVID-stricken individual, a 33-year-old man, issued an S-Pass to the applicant even after he submitted a positive RT-PCR result.

Damalerio said the male passenger applied together with his mother who was negative for COVID-19.

Once a person receives an S-Pass, he or she will already be issued a ticket by a shipping line or an airline, he added.

According to Damalerio, crew members of the vessel were alerted of the presence of the infected person mid-sea after the Inabanga LGU found out of his COVID-19 status upon review of his application.

All the other passengers were then directed to move to the upper level of the vessel while the COVID-19 infected person and his mother stayed on the lower level.

Upon arrival in Bohol, the passengers were fetched by extraction teams of their respective LGUs which took them to quarantine facilities, while the vessel was disinfected.

Damalerio said charges may be filed against the COVID-positive passenger who knowingly submitted a positive RT-PCR result to the focal person.

Meanwhile, the Inabanga LGU looked into the involvement of the focal person in the violation and may mete out a sanction.

According to Damalerio, the PDRRMO reminded all focal persons to double check applications of returning residents and all persons entering the province after the Department of Health detected 32 cases of the Delta variant in Central Visayas on Friday last week. (R. Tutas)