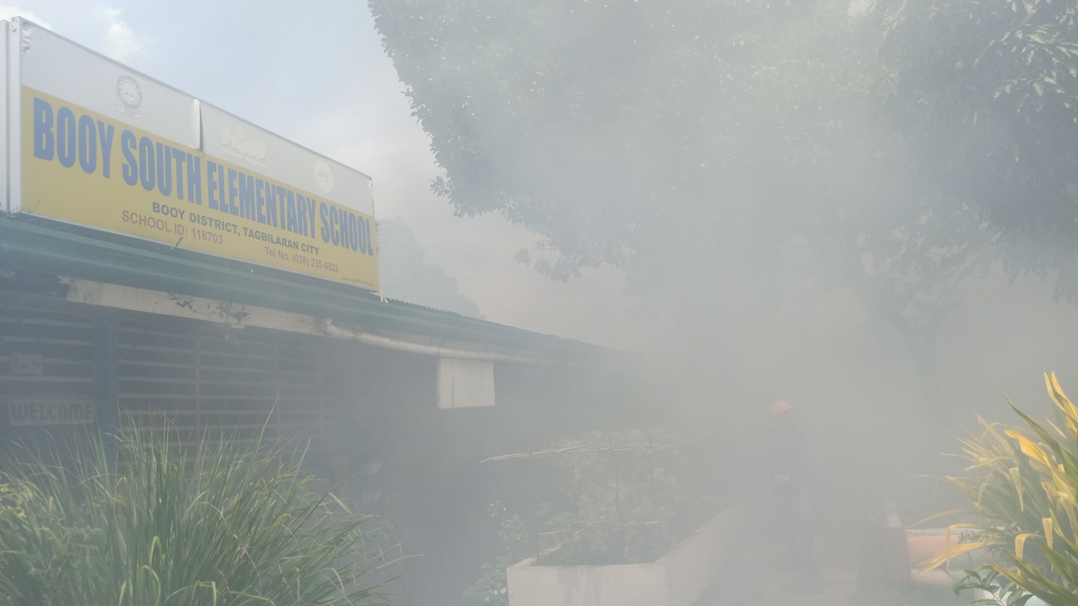 A school building at the Booy South Elementary School in Tagbilaran City was gutted by a fire which erupted at past 10 a.m. on Friday.

According to school principal Rachel Omasas, the fire started at the back of her office and eventually spread to other areas in the five-room building in Barangay Booy.

Omasas said that a maintenance personnel identified as Epifania Lague was burning a pile of paper in the school grounds.

It was a believed that a lighted piece of paper was blown towards an abandoned tire which was ignited by the fire.

No one was injured during the incident but the fire had engulfed several rooms and burned important documents and school equipment such as computers and photocopiers.

Three fire trucks of the Tagbilaran City Fire Station and one from the City Disaster Risk Reduction and Management Office were deployed to the area.

The team was able declare the fire under control at around 11 a.m.

Meanwhile, investigators continued their probe on the incident to determine the amount of damage caused by the blaze and other causes of the fire. (A. Doydora)