Man, 22, dies after motorcycle slams into cop-driven car in Balilihan 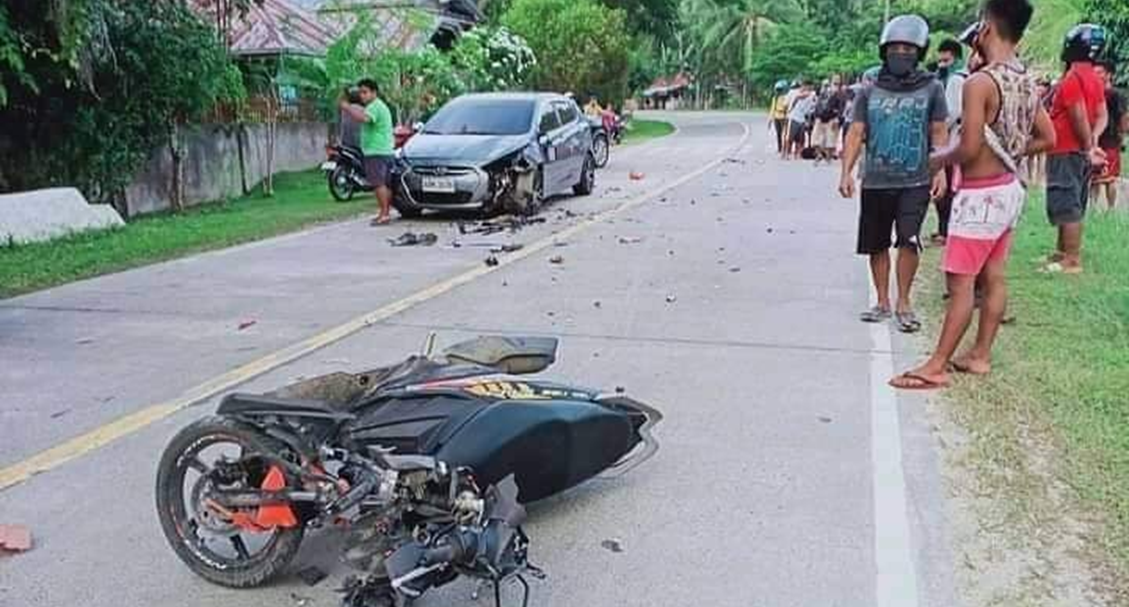 Man, 22, dies after motorcycle slams into cop-driven car in Balilihan

A 22-year-old man died after his motorcycle accidentally slammed head on into a cop-driven sedan along a national road in Balilihan town on Thursday afternoon, police said.

According to Corporal Roly Casimsiman of the Balilihan Police Station, the fatality identified as Lord Jake Baldesco who was driving a Mio motorcycle swerved into the opposite lane while turning along a curved road in Barangay Sagasa causing him to collide with a Hyundai Accent driven by Patrolman Florencio Paña.

However, police found out that Baldesco had passed away at his home.

The Balilihan Police Station was still set to coordinate with Baldesco’s family to find out what happened after the victim’s hospitalization.

Abundio Pabe, Jr., public safety call operator of TaRSIER 117, said they rushed Baldesco to a hospital in Catigbian right after the incident but noted that they have no information as to how and when the victim got home.

They only received information that Baldesco died on Friday morning.

He noted that initial visible injuries of Baldesco, who was still conscious when emergency responders arrived, were abrasions on his right thigh and on the right side of his head and contusion on the right elbow.