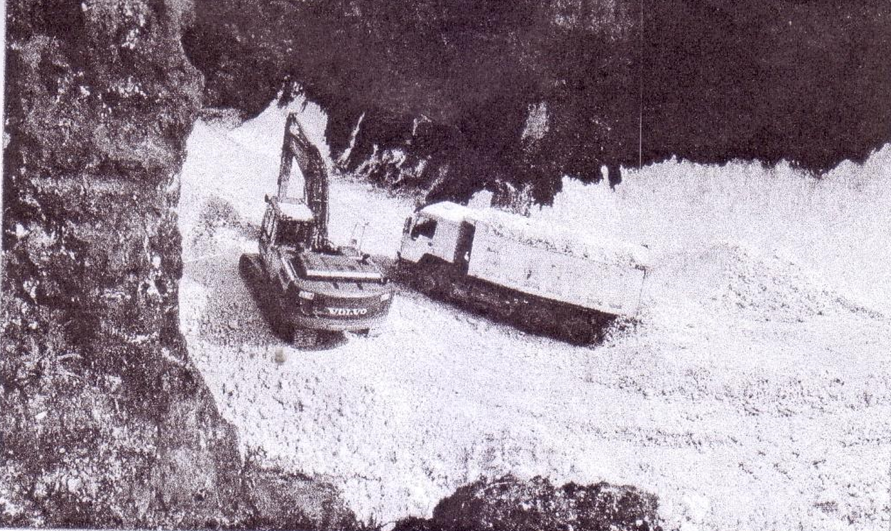 Gov. Art Yap ordered last Friday the full investigation of a quarry area in barangay Buenavista, Loboc town which was alleged to be owned by his in-laws.

Loboc Mayor Leon Calipusan alleged that a tax declaration of the lot showed that it is owned by Fortunato Varquez, Sr. (CAD Lot 10878) an in-law of the governor.

Loboc PNP raided the area when a Volvo backhoe and Howo dump truck belonging to Muaña Construction and Development Corp were caught hauling in the area on Dec. 17, 2020

The firm was fined P27,000 for an illegally extracted material of 150 cubic meters.  The whole quarry violation was estimated to reach 3,813 cubic meters area as inspected by the Loboc LGU.

The mayor alleged that since the area is an illegal quarry site, then the fine should have been P14.7 million estimated at 82,000 cubic meters x P180 per cubic.

“Nobody should be spared from the law,” the governor said in a broadcast press conference.

Asked why he did not pursue filing charges against the contractor after the raid, Mayor Calipusan said it should have been the provincial government to file appropriate charges since quarry permits are issued by the province, and not by the municipal government.