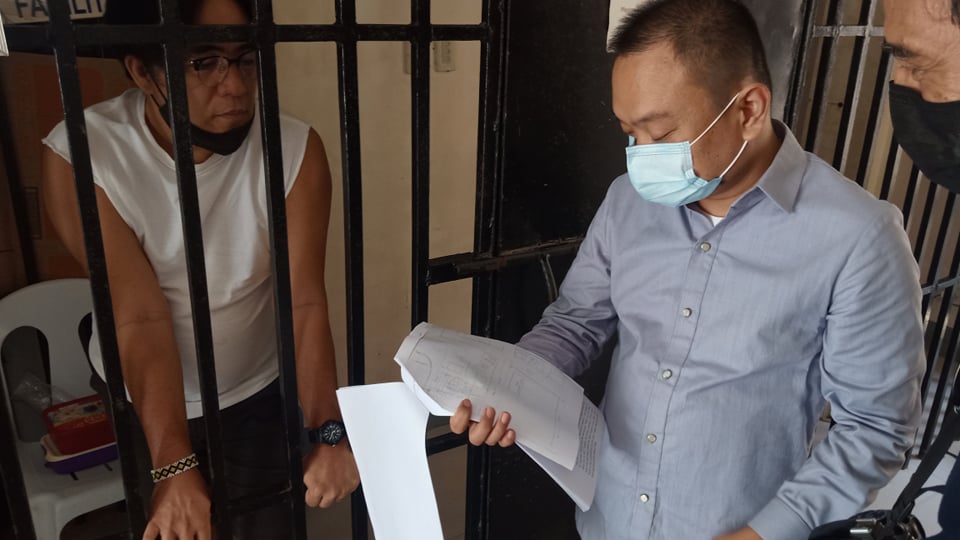 A Talibon court has deferred the arraignment for illegal possession of firearms and explosives against peasant leader Barangay Councilor Carmelo “Eloy” Tabada, and rescheduled it to a later date pending the resolution of motions filed by his camp.

Tabada’s arraignment was supposed to be on Monday, but his lawyer Atty. Brian Pelandas said the Regional Trial Court Branch 101 deferred it pending the resolution of their motions to quash search warrant and to suppress evidence.

A motion to quash is filed by an accused prior to arraignment to challenge the information or charge sheet for defects seen at face value. If granted, the case is quashed or dismissed.

According to Pelandas, they are confident that the motion will be granted due to “strong evidence.”

He did not elaborate on the specifics of their motions, but the camp of Tabada, including his family, has been alleging that the warrant issued against Tabada was “illegitimate” and “questionable.”

Meanwhile, Tabada who remains detained, said he is unfazed by the charges filed against him, maintaining that he has been falsely accused.

Tabada who is a village councilor of Poblacion, Trinidad was arrested at his home by operatives of the Criminal Investigation and Detection Group, several other police units and the Philippine Army during a raid which allegedly yielded illegal firearms and a grenade on June 25, 2021.

Bayan Muna has vowed to support the family of Tabada, who is a program director of Farmers Development Center or FARDEC.

Tabada’s niece Maricel, who was present during the raid, has claimed that the firearms and grenade allegedly found in Tabada’s possession were planted.

Meanwhile, the CIDG’s Bohol-Field Unit (BFU) denied allegations of irregularity and breach of protocols during the apprehension of Tabada.

According to CIDG-BFU chief Lt. Col. Saturnino Estigoy, they were armed with a court-issued search warrant when they entered the residence of Tabada.

Estigoy also denied claims that there were no witnesses from the media and barangay hall when the operation was carried out.