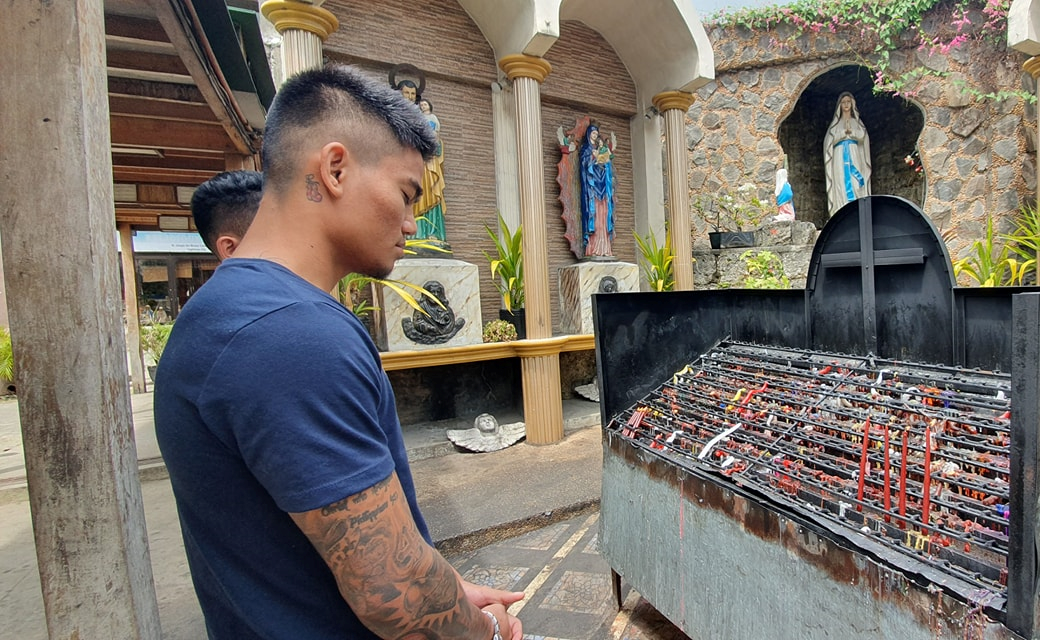 Mark “Magnifico” Magsayo has been touted as the probable next big thing in Philippine boxing when Manny Pacquiao, who is perceived to be in the twilight of his storybook boxing career, hangs up his gloves.

While it may take several more fights to determine if the 26-year-old Boholano (23-0, 16 KOs) is indeed the heir to the Pambansang Kamao’s throne, the two fighters already share uncanny similarities both on and off the ring which add color to the passing-of-torch narrative.

Other than their boxing prowess that often leads to emphatic knockouts, one thing they also have in common are their humble beginnings.

Magsayo, in an interview with station dyRD after his latest knockout victory over Mexican brawler Julio Ceja in Las Vegas, shared that he took up boxing at the age of 8 out of necessity. He started fighting in the mid-2000s to earn money and help buy food for his family in Tagbilaran City. Over a decade prior, Pacquiao who is widely known to have gone to sleep hungry for many nights as a child also turned to boxing to lift his family from abject poverty some 300 kilometers away in General Santos City.

Like Pacquiao, Magsayo juggled his studies and boxing training with odd jobs as a kid.

Magsayo graduated from high school at the Victoriano D. Tirol Advanced Learning Center in Tagbilaran City through a scholarship offered by then-mayor Dan Lim, but he would later shift his focus to boxing.

In 2011, Magsayo’s mother passed away. This left the then-16-year-old with more urgency to succeed in boxing and earn money to help sustain his family including his three siblings.

Magsayo turned pro in 2013 under ALA Promotions. However, the partnership ended bitterly in 2018 leaving Magsayo idle for a long time due to a contractual dispute.

He was able to fight again in Singapore in 2019 under new promoter Vladimir Boxing Promotions, which Magsayo’s wife and manager Frances is a part of. He fought Erick Deztroyer who he knocked out cold in the fourth round of their eight-round non-title bout.

To further prove that Magsayo has no more obligations under ALA Promotions, Vladimir Promotions set a fight between the Boholano and veteran Thai Boxer Panya Uthok in Tagbilaran City. Magsayo dominated Uthok, winning via a unanimous decision during their 12-round championship bout for the vacant World Boxing Council Asia featherweight title.

The rising boxing star credited the Uthok fight as his stepping stone to getting signed by Pacquaio’s MP Promotions and starting his US campaign.

Magsayo was introduced by Tagbilaran City Mayor Baba Yap to Pacquiao leading to his signing with MP Promotions.

Both parties sealed their two-year deal during a meeting at the fighting senator’s residence at the upscale Forbes Park in Makati City in March 2020.

Just four months after, Magsayo relocated to the US to train at the Wild Card Gym under Hall of Fame coach Freddie Roach in Hollywood.

Matchmaking for Magsayo under MP Promotions and the mentorship of Roach are both seen to propel the young pug’s bid for superstardom as he gets a chance to showcase his talents in the US under Al Haymon’s Premier Boxing Champions.

Magsayo has so far fought in the US in three straight outings under MP promotions but has yet to get his first world title shot.

He hopes to finally get a crack at WBC champion Garry Russell, Jr. or WBO champion Emanuel Navarrete later this year or early in 2022 after his emphatic knockout win over Ceja. Both boxers are expected to be the toughest opponents the Boholano will face in his young career.

While Magsayo’s future in boxing remains uncertain as he sets out to face higher-caliber champions, Pacquiao himself has openly shared his belief that Magsayo is destined for boxing greatness.

Pacquiao said that he sees himself in the undefeated Boholano.

“He reminds me of myself, how we both struggled to come from nothing to world-rated contender. I love his work ethic and desire to become a world champion,” said Pacquiao after Magsayo signed with MP Promotions.

“I will do everything to help promote Mark and make his dreams a reality,” he added.