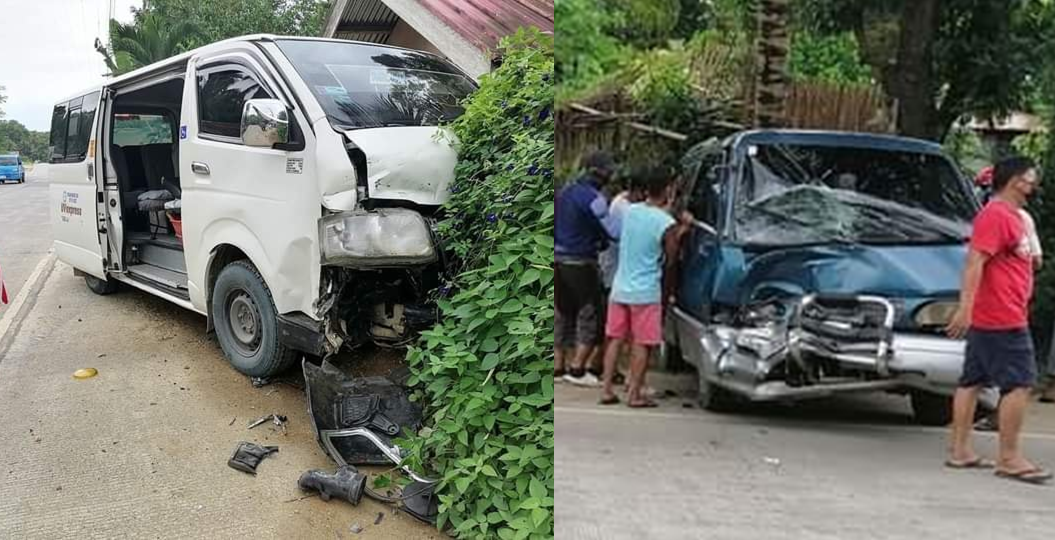 Four persons were injured after a wayward van-for-hire rammed an incoming private vehicle along a national highway in Balilihan town on Thursday morning.

Senior Master Sgt. Ralph Renoblas of the Balilihan Police Station said the V-hire’s brakes malfunctioned causing it to collide head on against a Kia van in Barangay del Carmen Este.

Following impact, both vans spun towards the road shoulder but did not hit other vehicles or structures.

According to Renoblas, four passengers of the V-hire sustained minor injuries. They were taken to a private hospital in Tagbilaran City for emergency treatment.

Six other passengers of the V-hire were safe while drivers of both vehicles were also unharmed.

Meanwhile, the V-hire’s operator paid for the passengers’ hospitalization. (A. Doydora)