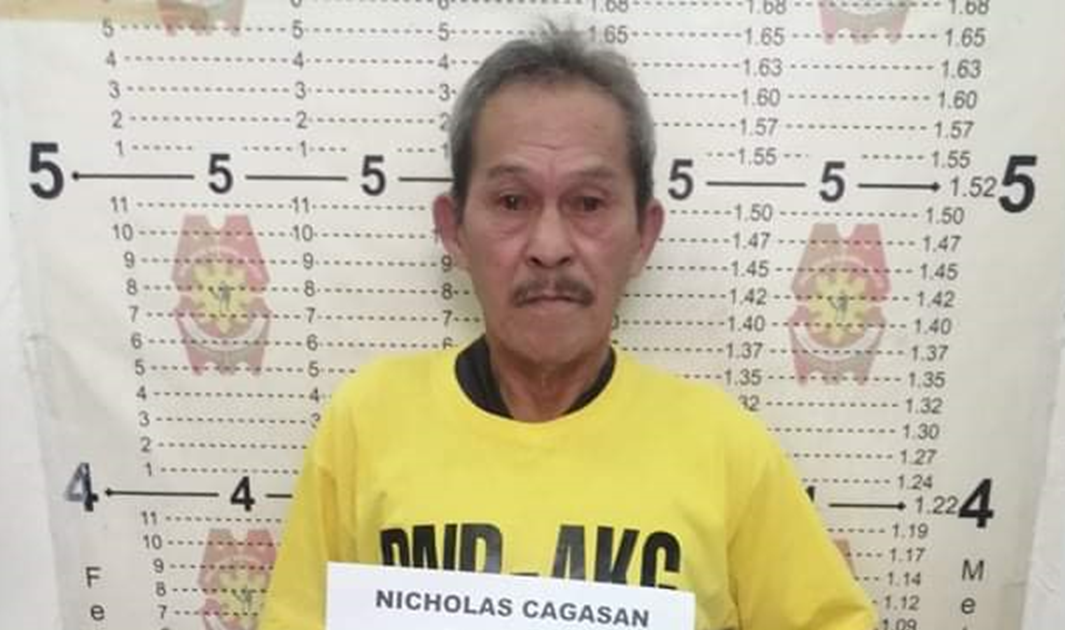 A 68-year-old man who has been accused of raping his granddaughter when she was still eight years old in 2013 was arrested by police in Duero town on Friday morning.

According to Lt. Ranulfo Acilo, chief of the Duero Police Station, operatives of the Philippine National Police Anti-Kidnapping Group and municipal police collared Nicholas Bagcatin, a widower, at his residence in Barangay Angila, Duero.

The apprehension was carried out by virtue of an arrest warrant issued by Judge Samuel Biliran, executive judge of the Regional Trial Court Branch 50 in Loay, on August 24, 2021.

However, Acilo said the alleged rape incident happened eight years ago but this was later marked as an unsolved case after the victim’s parents’ did not cooperate with the investigation and were not interested in pursuing the case at the time.

Acilo explained that police commanders recently received orders to revisit unsolved cases leading him to direct the station’s Women’s and Children’s Protection Desk (WCPD) to look into the unresolved rape investigation in April this year.

The WCPD officer was then able to convince the family to proceed with the filing of the case.

Bagcatin remained detained at the Duero Police Station pending the issuance of a commitment order against him.

Acilo said they intend to file an obstruction of justice charge against the victim’s parents if they again again refuse to cooperate with the investigation. (A. Doydora)