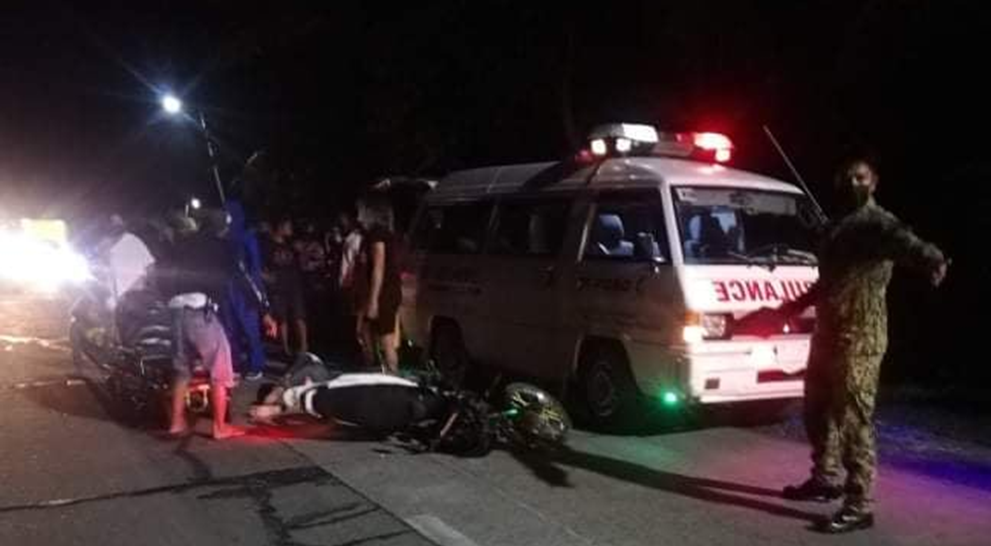 One person died while two others were injured following a head-on collision between two motorcycles along a national road in Valencia town on Tuesday night.

Senior Master Sgt. Vesper John Montenegro of the Valencia Police Station said victim Alphie Salingay, 33, a resident of the town, was given emergency medical aid at a hospital but he succumbed to his injuries on Friday morning.

According to Montenegro, Salingay who was headed towards Dimiao and the other motorcycle which was at the opposite lane collided head on in Barangay Canduwaw Occidental at past 7 p.m.

He said Salingay tried to overtake a vehicle in front of him when both motorcycles slammed into each other.

Meanwhile, the driver of the other motorcycle Christopher Paculanan, 35, and his passenger Leonita Batausa, 18, also sustained injuries.

They were rushed to the Governor Celestino Gallares Memorial Hospital in Tagbilaran City for treatment of their broken legs. (A. Doydora)