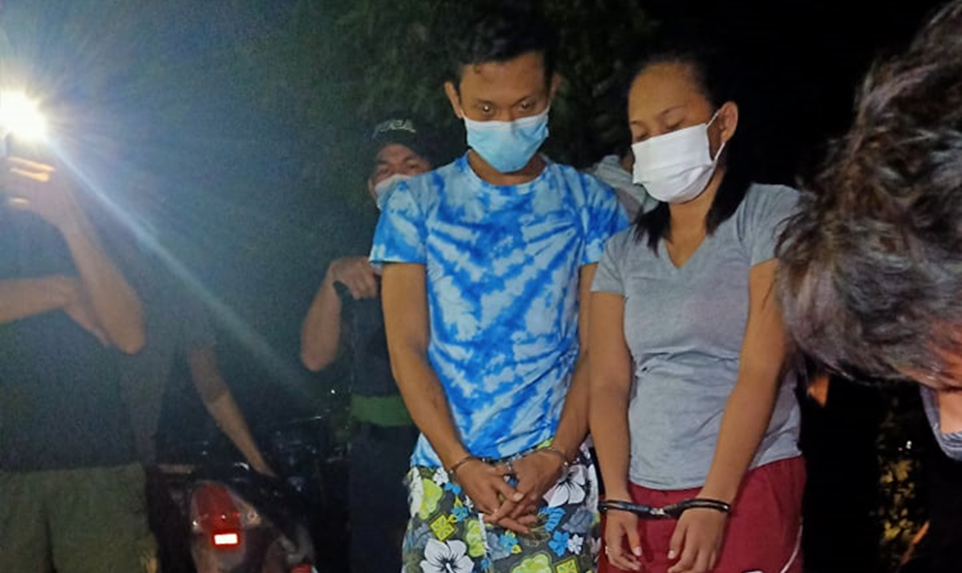 A composite law enforcement team seized shabu worth over P1 million from a live-in couple during a drug sting in Barangay Dampas, Tagbilaran City at dawn on Saturday.

Operatives of the Philippine Drug Enforcement Agency (PDEA) and the Bohol police’s Provincial Intelligence Branch (PIB) collared Cyril Pamaong, 25, and his live-in partner Charesma Peñaranda, 21, who were allegedly caught in possession of a 150-gram drug stash.

Authorities said the operation’s target was Pamaong, who was noted to be a big-time drug dealer.

An undercover agent allegedly bought shabu worth P20,000 from Pamaong who was straddling his motorcycle.

Following the transaction, the operatives immediately apprehended the alleged drug dealer and his partner who was with him during the operation.

Pamaong and Peñaranda were placed under police custody pending the filing of illegal drug charges against them. (wm)