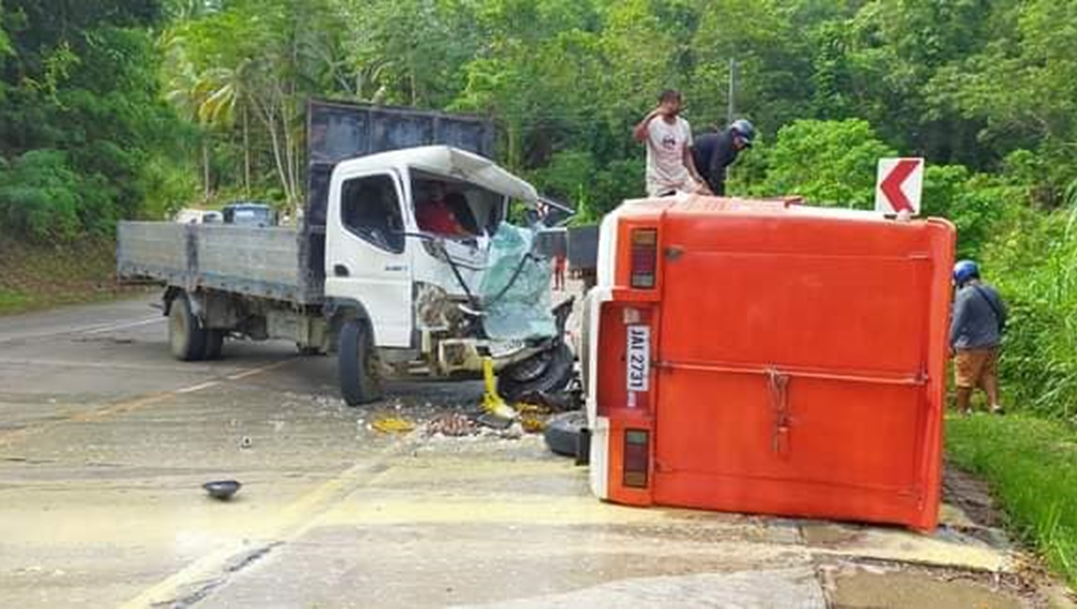 Six persons were hospitalized following a three-way vehicular collision along a national road in Sikatuna town on Tuesday morning.

Staff Sgt. Dorothy Elicot of the Sikatuna Police Station said a truck owned by the Alturas Group of Companies went wayward after one of its front tires burst causing it to swerve into the opposite lane.

The truck sideswiped a motorcycle then hit a delivery van which was transporting piles of eggs.

All three drivers of the vehicles and three truck helpers, two from the Alturas-owned vehicle and one-from the delivery van, sustained minor injuries and were taken to a hospital for emergency medical treatment.

They were all conscious when they were rushed to a health facility, said Elicot.

Authorities are still waiting for a decision from the aggrieved parties as to whether or not file a case.