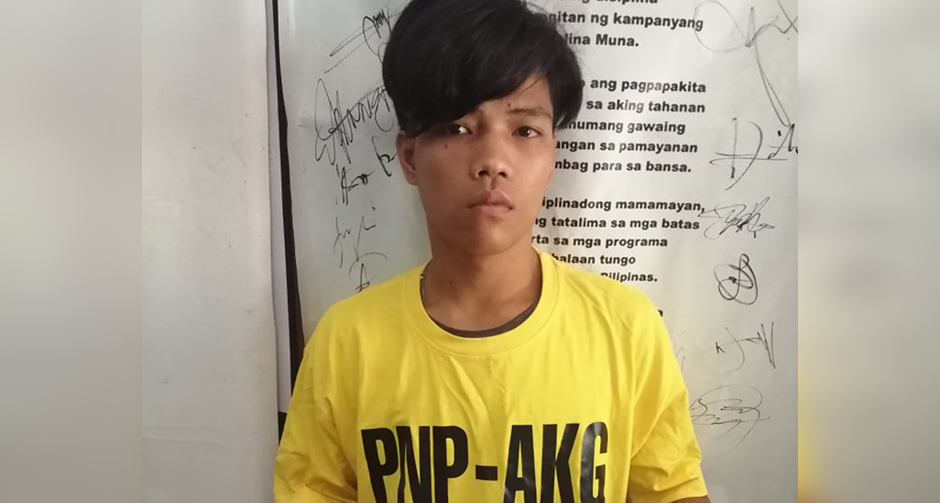 A 19-year-old man was arrested by police in Getafe town for allegedly raping a minor whose family found out of the sex assault after she got pregnant.

He was apprehended by virtue of an arrest warrant issued by Judge Pergamino, presiding judge of the Regional Trial Court Branch 52 in Talibon, on September 14, 2021.

According to Corporal Mary Jean Cagata of the Getafe police’s Women’s and Children’s Protection Desk, Aparilla has been accused of raping a 15-year-old girl, his friend’s girlfriend, following a drinking spree and a karaoke party on September 20, 2020.

During the incident, Aparilla was supposed to take the victim, who was then intoxicated, to her home on a motorcycle but he allegedly took her to a secluded area near the Oana Dam in Barangay San Jose, Getafe.

However, the victim only admitted in January this year that she was raped after her parents had noticed that she was pregnant, prompting them to file a complaint against the suspect in the same month.

The victim had already given birth to a boy in August this year, said Cagata.

Meanwhile, Aparilla emained under police custody pending the release of a commitment order against him.

No bail was set for his temporary liberty as rape is a non-bailable offense. (A. Doydora)