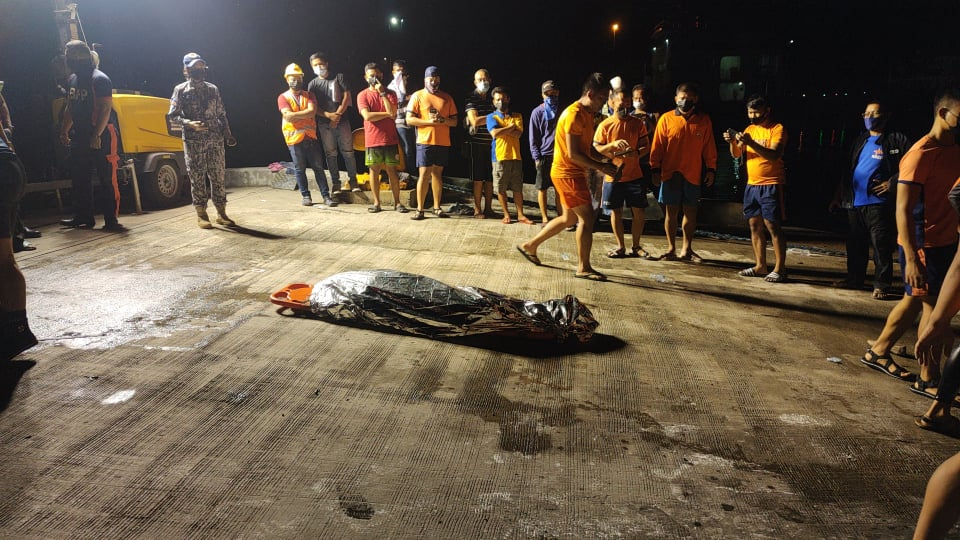 A woman who was a native of Bohol died while 15 other crew members were rescued after a cargo vessel capsized off the Port of Ormoc City past midnight on Saturday.

Authorities were still investigating the incident but initial findings indicated that the vessel took in water causing some of the cargo to move and the vessel to tilt to its side.

He added that the vessel may have taken in water while travelling from Cebu City as waters off Ormoc City were calm during the incident.

The lone fatality, Racquel Alo, 33, of Balilihan town was initially reported missing but was found inside the submerged vessel two hours after it started to capsize.

Alo who was the vessel’s purser was found in the lower level of the vessel and was believed to have been pinned down by cargo.

According to Abalahin, Alo’s remains have been taken to the St. Peter Funeral Home in Ormoc City.

Meanwhile, the other crew members were uninjured and were taken to a hotel to rest. (R. Tutas)