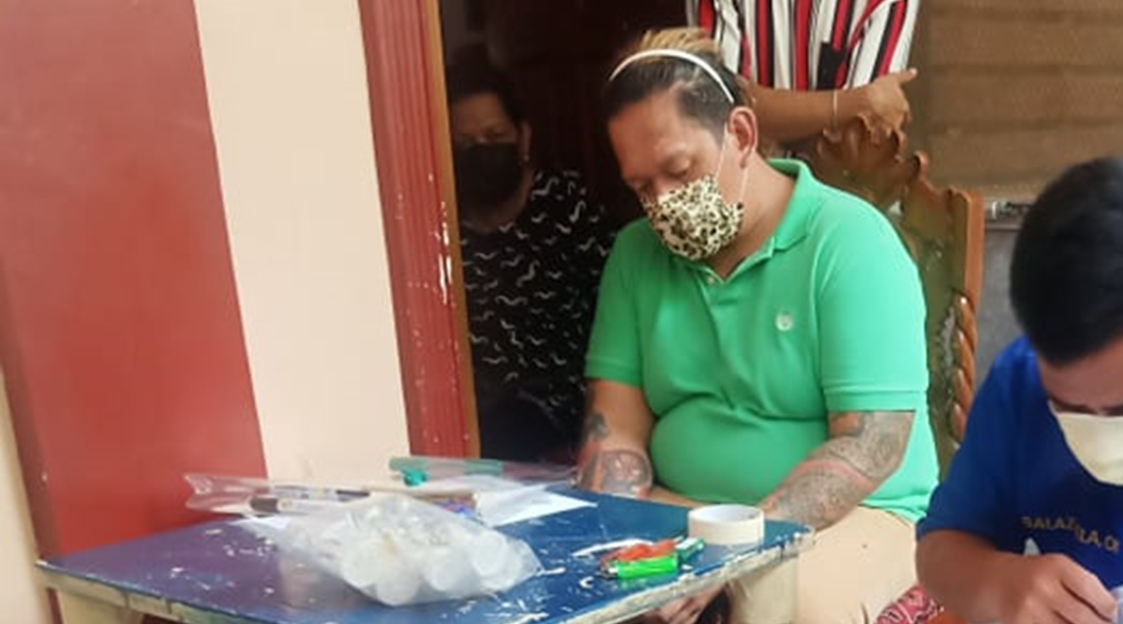 A former US Army sergeant who is listed as the top five drug personality in Bohol by the Philippine Drug Enforcement Agency (PDEA) was arrested by a composite law enforcement team during a raid in Tagbilaran City on Thursday morning.

Armed with a search warrant, the composite team went inside Rejas’ residence and allegedly found shabu estimated to be worth P102,000 and firearms and ammunition including a loaded .22 caliber rifle with scope, a. 45 caliber pistol and nine live 12-gauge shotgun ammo.

Estigoy said Rejas retired from the US Army and arrived in Bohol some time in 2020 and had placed him under surveillance for several months for his alleged involvement in the illegal drug trade and possession of loose firearms.

He was also linked to Jenelyn Matura, who shot dead while driving a sports utility vehicle in Tagbilaran City on December 15, 2020.

Matura was also earlier arrested along witgh Lilet Dajao during a buy-bust operation in Tagbilaran City which yielded shabu worth P13 million.

Estigoy added that they received information that Rejas also operated as a gun for hire.

Investigators were still verifying the allegation but Estigoy noted that Rejas could have indeed been a hitman considering the unlicensed firearms found in his possession and his military background.

Rejas has been taken to the Bohol Provincial Police Office headquarters in Camp Francisco Dagohoy for proper disposition and his detainment pending the filing of charges against him.