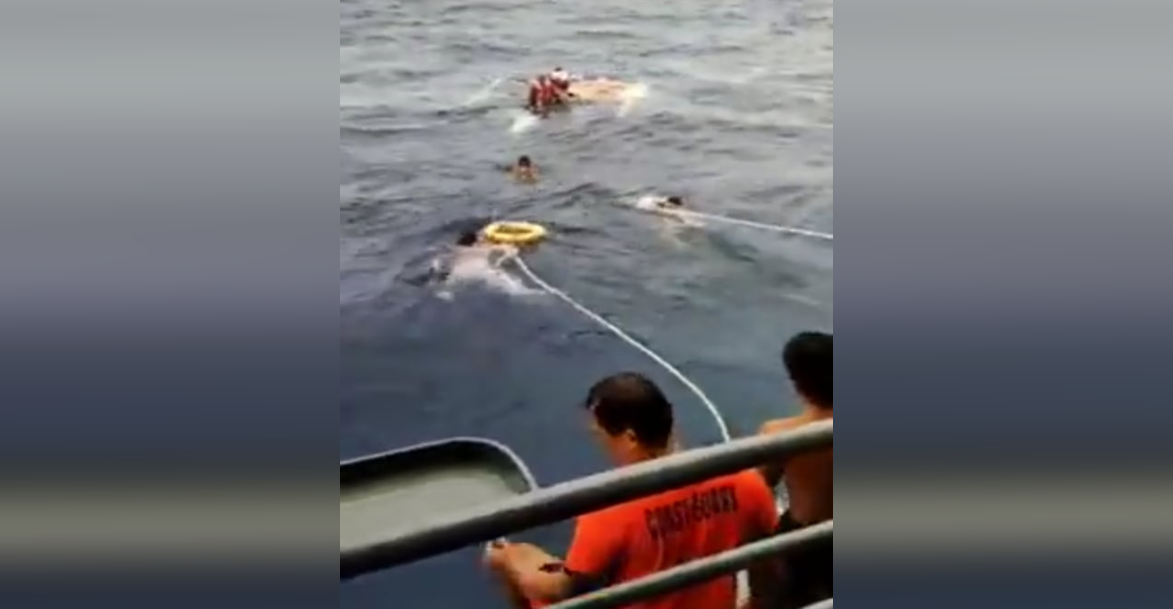 A barangay captain, his wife and daughter were rescued by the Philippine Coast Guard (PCG) after their fishing boat capsized in waters off Loay as Tropical Depression Lannie caused strong winds and huge waves in Bohol.

According to Petty Officer Second Class Emmanuel Duca of PCG Loay, the fishing boat of Lasalinas, Loay Barangay Captain Efren Sera, 52, was buffeted by strong winds some four kilometers off the mainland causing the boat to tip over and eventually get destroyed by large waves at past 9 a.m. on Tuesday.

The PCG was immediately notified of the incident as Sera was able to alert his family as soon as their boat overturned.

A PCG speedboat was deployed to rescue the family but the authorities eventually had to return to shore as their small boat was also pummeled by strong waves prompting them to enlist the aid of two larger fishing vessels.

About 30 minutes into the operations, the rescue team found the family including Sera, his wife Silvia, 53, and daughter Venus, 20.

The family members were uninjured as they were able to hold on to pieces of the broken fishing boat.

According to Efren, they departed around 5 a.m. on the same day as the incident and the weather was fine at the time.

He added that were already on their way home when their boat capsized. (A. Doydora)