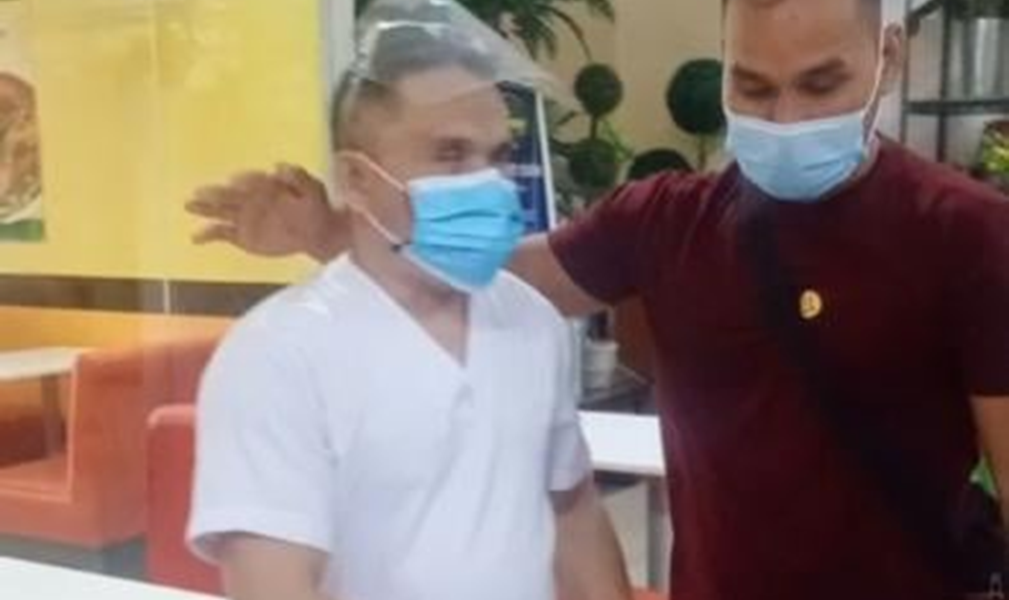 A blind male massage therapist who was listed as Tagbilaran City’s third most wanted person was arrested by the Philippine National Police (PNP) Anti-Kidnapping Group (AKG) for allegedly raping his coworker.

According to Corporal Jayson Jamoner, team leader of the AKG Visayas Field Unit, they collared Inocencio Balighot, Jr., 42, inside the Gaisano Mall in Mandaue City on Saturday last week.

Balighot, a native of Dimiao, Bohol was apprehended by a virtue of an arrest warrant issued by Judge Jennifer Chavez-Marcos, presiding judge of the Regional Trial Court Branch 2 in Tagbilaran City in February 2021.

Jamoner said they traced Balighot’s whereabouts through another massage therapist who worked with the suspect in Cebu.

Jamoner said Balighot has been accused of raping a 32-year-old blind woman, who was his coworker at a massage center along Tamblot Street in Tagbilaran City, inside their shared boarding house in 2017.

Balighot allegedly barged into the room of the victim in the wee hours and raped her.

Balighot claimed that he fled to Surigao after a rape charge was filed against him in 2017 before settling in Metro Cebu.

However, he denied the allegations saying that there was consent when he had intercourse with the victim.

He also claimed that he was in a relationship with the victim.

According to Jamoner, the victim had bruises in her body when she filed her complaint right after the incident.

Balighot remained detained at Mandaue City Police Station 4 pending the issuance of his commitment order for his detention at the Tagbilaran City Jail. (A. Doydora)