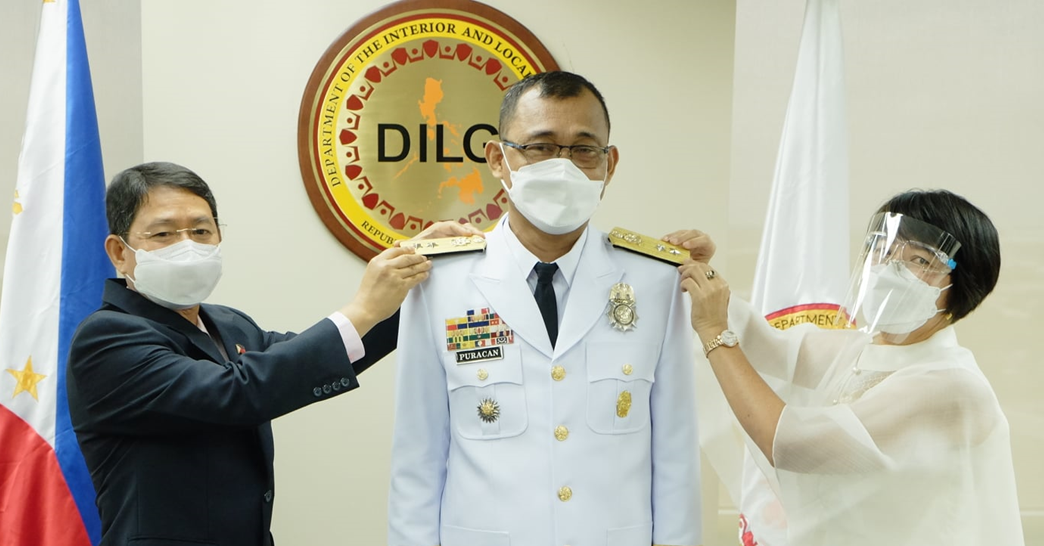 A Boholano who is the chief of the Bureau of Fire Protection was recently promoted to a two-star general.

FDIR Louie S. Puracan was confirmed of his promotion as a Two-Star General (Director) Rank by DILG Sec. Eduardo Ano at the DILG Napolcom Center .

In attendance during the formal rites were DILG HEA Jerry Loresco, Undersecretary for Public Safety Nestor Quinsay, Jr , immediate family members of Director Puracan and representatives of the BFP and DILG.

He is the son of Aquilino and Clarita Puracan, both public school teachers in Trinidad, Bohol and Camotes, Cebu, respectively.

His last three assignments were chief directorial staff, as regional director for Region 5 and Region 12.

He was tasked for the BFP modernization program where it entails acquisition of state-of-the-art firefighting equipment, ease public transactions on fire safety requirements  and recruitment of sufficient manpower among others.