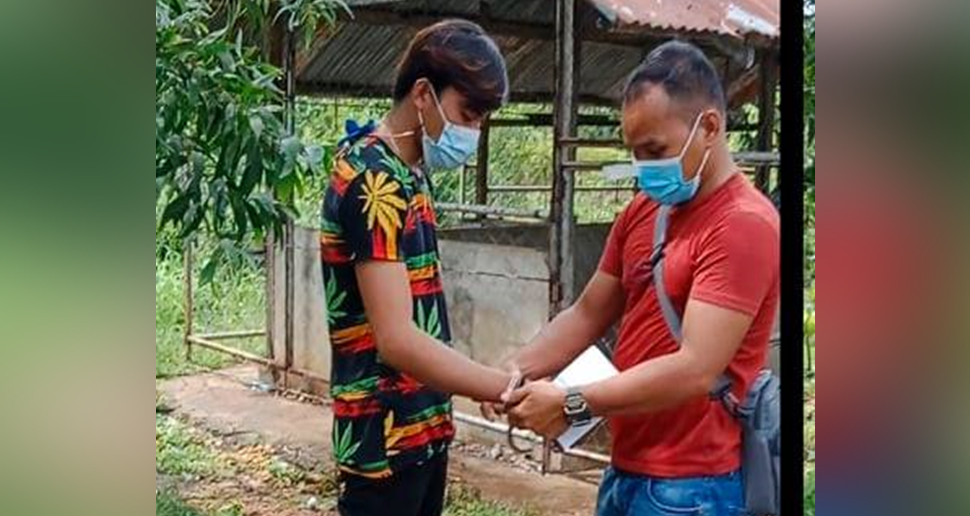 A 20-year-old gasoline station pump boy was arrested by police in Dauis on Wednesday for allegedly raping a 13-year-old girl.

Cosap was apprehended by virtue of an arrest warrant issued by Judge Leo Moises, presiding judge of the Regional Trial Court Branch 3 in Tagbilaran City, and dated October 26, 2021.

According to Jamoner, Cosap has been accused of raping the girl when she was alone at her home in Barangay Ilihan, Tubigon in June, 2021.

Meanwhile, Cosap claimed that the victim was his girlfriend and that they had consensual intercourse.

Cosap was allegedly spotted by a neighbor of the victim as he exited their home.

The witness then reported the incident to the girl’s parents who in turn alerted the authorities.

Cosap then allegedly fled Tubigon and relocated in Dauis where he was employed as a gasoline station pump boy.

The suspect has been placed under the custody of the Dauis Police Station.

No bail was set for his temporary liberty as rape is a non-bailable offense.