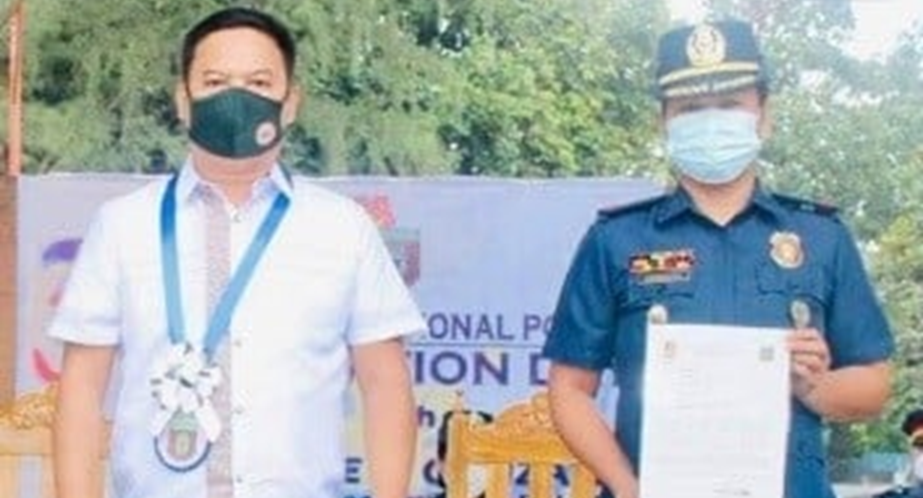 The hard work and dedication of the Tagbilaran City PNP paid off as the Police Regional Office awarded the unit as the Best Component City Police Station in Region-7 during its120th Police Service Anniversary held on October 12 at the Camp Sergio Osmena Sr., Cebu City.

Highlighting the anniversary celebration is the presentation of awards to PNP units and personnel cited for outstanding performance and achievements in service over the past year. City PNP Chief PLT COL. Mary Crystal Peralta was also recognized as Region-7 Best Junior Police Commission Officer (PCO) for the Quad Concept of Operations (Community Relations, Police Operations, Investigation, Intelligence and Preemption). During her speech, City PNP Chief Peralta emphasized the teamwork displayed by the entire Tagbilaran City PNP, “This honor and pride is shared to my Team Tagbilaran City Police Station. It is a great privilege to serve my fellow Tagbilaranons and I am so grateful to the support extended by the Local Government Unit, headed by the very active Mayor John Geesnell“BABA” Yap. I would also like to thank Gugma Tagbilaran led by Tagbilaran City’s First Lady Jane Yap.

Moreover, we are grateful for the support of the members of the Sangguniang Panlungsod, the barangay officials and their councils, members of the media and all the Tagbilaranons, thank you for continuously inspiring us to serve and protect at all cost,” PLTCOL. Peralta added.

According to Police Senior Master Sergeant Celso Orapa, it was the accomplishments of the City PNP that made them stand out among the rest. The unit’s innovative programs like the Barangaynihan, Balay Para kay Marcial, Barangay Visitation, and the building of Muslim Community CR, along with the unit’s mandated programs such as the campaign against illegal drugs, illegal gambling, and loose firearms, strengthened their stake in the competition.

The City PNP also made it a point to sustain the peace and order in the City resulting to the reduction of crimes. The City PNP also served as frontliners during this health crisis, monitoring the strict implementation of the minimum health standards and protocols.