67-year-old hurt after stabbed with fishing spear in Alicia 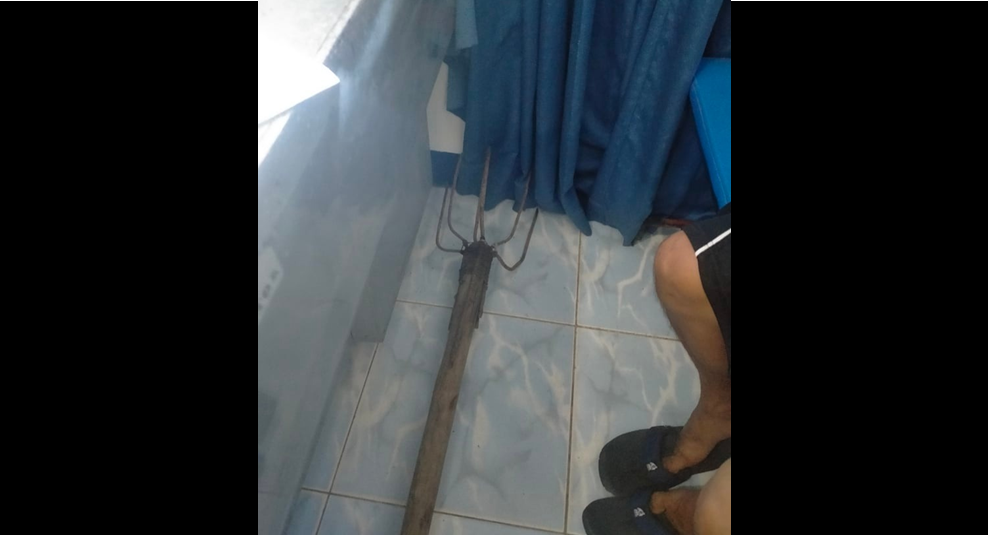 67-year-old hurt after stabbed with fishing spear in Alicia

A 67-year-old man landed in the hospital after he was stabbed with a fishing spear by his neighbor during a drunken confrontation in Alicia town on Wednesday afternoon, police said.

Senior Master Sgt. Constantine Polinar said victim Teofilo Libres was in a drinking session with suspect Saturnino Platino, 46, in Barangay Cambaol, Alicia when both figured in a heated argument.

A confrontation ensued in which Libres armed himself with a bolo while Platino ran to his home to get his fishing spear.

Libres who sustained stab wounds in his chest and left arm was rushed to the Don Emilio Del Valle Hospital in Ubay.

Polinar said they were alerted of the incident at 5:50 p.m. and were able to arrest Platino at the scene of the crime.

Platino was detained at the Alicia Police Station and was charged with frustrated homicide.

Meanwhile, the victim remained at the hospital where he was treated for his injuries. (A. Doydora)